If you’re a fashion conscious type, you already know the the 80s are big again. So it shouldn’t be too surprising to find that TV is digging back to the 80s to find some stylistic inspiration. Tuesday November 3, was the launch of ABC’s much hyped new version of the classic 80s alien invasion program V (short for Visitors). 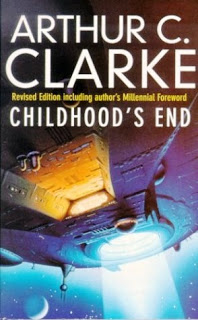 The premise of the show – the original and the new series – is as follows: aliens arrive on earth, claim they come in peace, people don’t really believe them, drama &/or chaos ensue. Pretty straightforward. The alien – human encounter story is one that has been popular for decades.

One of the classics of the genre is Arthur C. Clarke’s Childhood’s End, where aliens arrive on Earth and offer humanity a world of peace and prosperity but refuse to allow themselves to be seen. The opening of the book features giant space ships over major cities around the world, as the TV show V has also used. 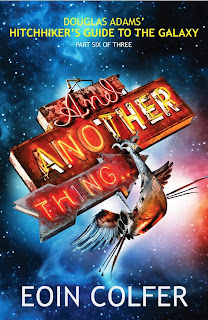 Another classic vision of human-alien encounters can be found in H.G. Wells’ The War of the Worlds. In that book – originally written in 1898 – the world is invaded by Martians, who with their advanced technology, attacked and attempt to enslave the world.

Check the library catalogue under the subject “human-alien encounters — fiction” to find even more stories of how authors envision the out come of alien arrivals on earth. You’ll find titles from Robert Sawyer (who’s novel Flash Forward has recently been adapted to a non-alien focused Sci Fi TV series), And Another Thing, the new Hitchhiker’s Guide to the Galaxy novel from author Eion Colfer and even a book called Gifts from Eykis from popular self-help author Wayne Dyer. Plus a tonne of books from big names in Science Fiction writing. 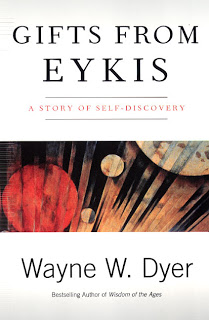 Or, if you want to stay close to the theme of this post, you maybe interested in V: The Second Generation a novel by Kenneth Johnson that was released in 2007 in anticipation of this new TV series.

One final note of interest, according to Wikipedia, the original V series was inspired by the 1935 Sinclair Lewis novel It Can’t Happen Here – which isn’t a novel about aliens, but rather one imagining what would happen if America was taken over by a dictator. In 1935, with Hitler in power in Germany, it was a powerful idea to present to the American reader. The modernization of the idea, saw the charismatic dictators coming from outer space to take over.

The Visitors Have Arrived
https://haligonia.ca/the-visitors-have-arrived-7590/