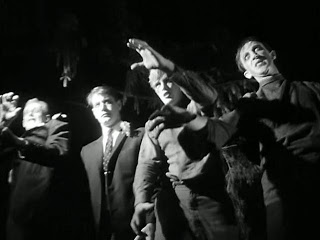 The internet is giving me the fear. Not the often-clogged series of tubes (as best illustrated by a Windows 95 screensaver), but the virtual masses who are sharing the location of their homes, letting us know the exact moment they cross the bridge, and flooding my once pristine Twitter feed with instructions on how to find them.

Four Square has been active in our fair hamlet for a few months, now. It allows folks to “check in” to a location via an application or their mobile website. Checking in shares your current location with your pals on Four Square, and can also be synced with Facebook and Twitter.

I joined it a few days after I noticed an influx of tweets from locals using the tool (just in case it ended up being awesome, I wanted to brag that I was an early adopter). I puttered around with it on my iPod Touch, sharing that when I was at a local comedy club or a great coffee shop, and proclaimed my arrival at work. A few weeks later, I quit the Four Square show and went back to living my life without giving up GPS coordinates.

Social media tools already require a certain level of narcissism. Your presence on these websites has to be worth following, so a little thought should be put into the content that you share. To assume that the whole world is interested in your exact location at any given moment is perhaps going a bit too far. The use of Four Square as a tools for special events or meeting up with friends has its merits, but it’s honestly getting a little boring.

There’s also the scarier side of constantly divulging your location. The website Please Rob Me lists “all those empty homes out there” based on Four Square updates on Twitter. You’re also basically making an open invitations for people to moving from following you online, to stalking you down your street. Take heed: this is coming from someone who once accidentally forwarded the address of her Dartmouth stronghold to 700 strangers on Facebook. You don’t want the Internet showing up on your doorstep.

Recommended Viewing:
We Live in Public
Night of the Living Dead

They're* coming to get you, Barbara
https://haligonia.ca/theyre-coming-to-get-you-barbara-12487/