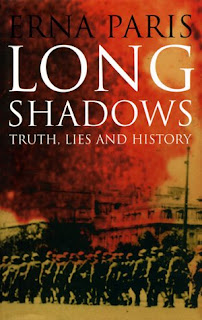 At brunch this weekend, some friends and I were talking about our fairly useless History BAs, but our continuing love of history books. We started sharing our favourites, and I thought I’d do the same for you.

Erna Paris’ book on memory and revisionist history, Long Shadows: Truth, Lies, and History is emotional and compelling. Her research on the events that have irrevocably changed nations such as Germany (the Holocaust), Japan (the Rape of Nanking), South Africa (Apartheid), and Yugoslavia (war and separation) is intensely thorough and illuminating, allowing the reader a unique entry into multiple historical events.

In a similar vein but with a tighter focus, Margaret MacMillan’s Paris 1919 dives into the creation of the Treaty of Versailles which ended World War I but effectively set the stage for WWII. MacMillan offers an intimate look at the men sitting around the table, their own personalities and agendas, the content and context of the Treaty, and how it would later motivate Germany’s drive to obtain living space (Lebensraum). 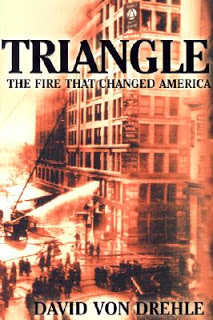 In Triangle: The Fire That Changed America by David Von Drehle, we get a history of the devastating fire at a New York shirtwaist factory in 1911, but we are also offered an understanding of the politics of the time, including the incredible influence of Tammany Hall, the nascent stages of feminism, the rise of trade unions, as well as the immigrant experience. Von Drehle provides a detailed account of the events that led to the fire as well as its fallout, but also introduces us to the characters who make the story so heartbreaking and hopeful.

Currently on my history “to read” shelf are The Wikipedia Revolution: How a Bunch of Nobodies Created the World’s Greatest Encyclopedia by Andrew Lih, Tears in the Darkness by Michael Norman, The American Future: A History by Simon Schama, and A Universal History of the Destruction of Books: From Ancient Sumer to Modern Iraq by Fernando Báez and translated from the Spanish by Alfred MacAdam.

Those who cannot remember the past…
https://haligonia.ca/those-who-cannot-remember-the-past-3956/