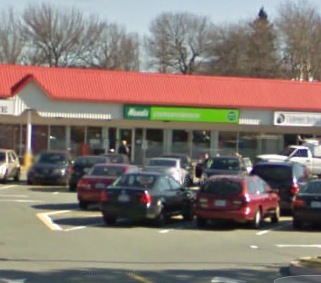 A young offender is in custody and police are looking for suspects in three separate robberies in Halifax yesterday.
From HRPD:
Robberies

View Larger Map
At 10:23 p.m. the victim contacted police advising 3 males punched him
in the face and attempted to take his money. Suspect #1 is described as
a black male 15-16 years old, suspect #2 is a white male wearing a dark
track suit. There was no description of the third suspect. No injuries
resulted.

View Larger Map
At 10:43 p.m. the victim was approached by 4 males, all 16-17 years
old, all wearing hoodies, 2 were black males and 2 were white males. One
of the white males was wearing a neoprene ski mask. One of the black
males punched the victim in the face which resulted in minor injuries.
They tried to steal the victims guitar but discarded it a short distance
away. The area was checked with negative results.

The area was checked in both incidents with negative results and they
remain under investigation. It is not known if the two robberies are
related.

View Larger Map
A keen eye by an HRP West Division patrol officer spied a suspicious
male running through a parking lot at this location. Almost immediately
a 911 call came in reporting a robbery at the Needs store nearby. The
accused fled on foot and was arrested quickly by responding patrol
officers. No injuries resulted.

A 15 year old male is being held in custody to appear in Halifax
Provincial Youth Court later today charged with robbery, possession of a
weapon for a dangerous purpose and wearing a disguise.