This year, HBO premiered a new half-hour drama called Togetherness, made by Mark and Jay Duplass. The first season has finished, just eight episodes long, and I thought it was fantastic. 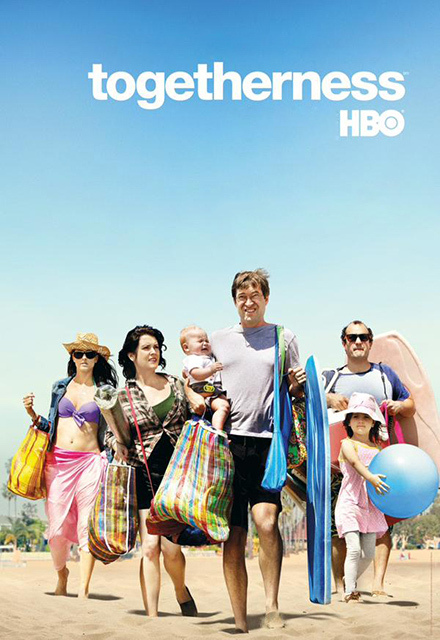 The show centers around four characters: Brett (Mark Duplass) and Michelle (the fantastic Melanie Lynskey) are a married couple with two young children.

Amanda Peet plays Michelle’s sister Tina and Steve Zissis plays Brett’s best friend Alex. Tina and Alex are both kind of a mess, and both end up crashing at Michelle and Brett’s house for a while. When we meet them, Michelle and Brett are clearly going through a bit of a rough patch in their marriage, and welcome the distraction of having house guests.

This starts off as a very raw, painfully awkward depiction of married life. You can see Michelle and Brett both trying so hard to make things work, to rekindle the spark they once had. At first, Alex and Tina seem a bit like caricatures – Alex a heavy, balding, struggling actor and Tina a flirty and beautiful, but aging, woman who’s just moved to L.A. after ending a relationship.

As the episodes go on, the characters and the drama deepens. Tina and Alex become more fully developed characters, who have complex motivations and make interesting choices. And as we begin to get a closer look at Brett and Michelle’s marriage, we see that this is not a quintessential look at married life in one’s 30s or 40s. It’s something much more complicated.

As someone who’s been married for less than two years and doesn’t have kids, this show terrifies me. It’s way scarier than something like Walking Dead could ever be. I think, if you’re in a relationship, you can’t help but think “How do I avoid this?” I applaud the Duplass brothers for managing to write a fictional relationship that feels so real and so broken. As viewers, we never really see Brett and Michelle in their prime. We never see exactly why they got together in the first place, but I think I can imagine it. That’s rare.

If you’ve seen the whole season, scroll past the photo for more. If you haven’t yet watched Togetherness, stop now. I don’t want to ruin it for you. I want you to watch this show, even though some of it might be the most uncomfortable scenes you ever see. Yes, even worse at times than Girls. 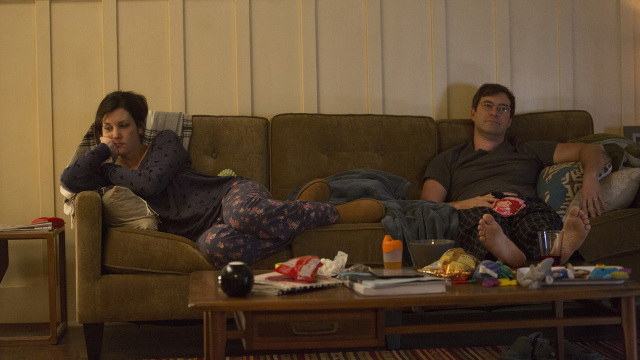 OK. It’s just us now. So I can openly speak about how much I hate Brett.

Early on, I was able to sympathize with Brett. He seemed like a decent guy, trying to keep his life together despite a struggling sex life within his marriage and an unfulfilling job outside the home. But week by week, I would start to think “Man, this guy is a schmuck. He is the biggest obstacle in the way of his own happiness.”

Episode five, “Kick The Can”, was when I began to really hate him. He just couldn’t let go, couldn’t have fun, couldn’t see his wife the way everyone else does. Then came “Party Time”, when Brett bailed on Michelle’s fundraiser to go to some hippie-dippie drug party with strangers. By that episode, the penultimate episode, I was actively rooting for Michelle to leave Brett.

Instead, in the season finale, we got a very sad, painful look at what drives someone to cheat. Michelle has been so unhappy. She doesn’t feel loved or respected at home, Brett doesn’t make her feel smart or sexy or special. She went away for the charter school meeting, and she crushed it. And her friend, her sexy single dad friend, acknowledged it. He acknowledged what an awesome human being she is, and he acknowledged the troubling sexual tension between them. And poor, lonely, miserable Michelle let him into her hotel room.

She did it just as Brett, riding the first emotional high we’d ever seen him experience, was driving to see her in the middle of the night.

Ahhhhhhh! I did not want Michelle to cheat, I was not rooting for that. And yet, I could not blame her. I wanted her to leave Brett. I want to yell at Brett, “Too late, loser! You lost an amazing thing and it’s YOU’RE fault.” I don’t think this is a response influenced by gender, because I watch the show with my husband and he had basically the same reaction. So if anything, it’s a reaction influenced by personality. I’d like to know how universal this response is, though. Are there people out there who really, truly empathize with Brett? Are there people out there who think Michelle is the problem? I’m dying to know.