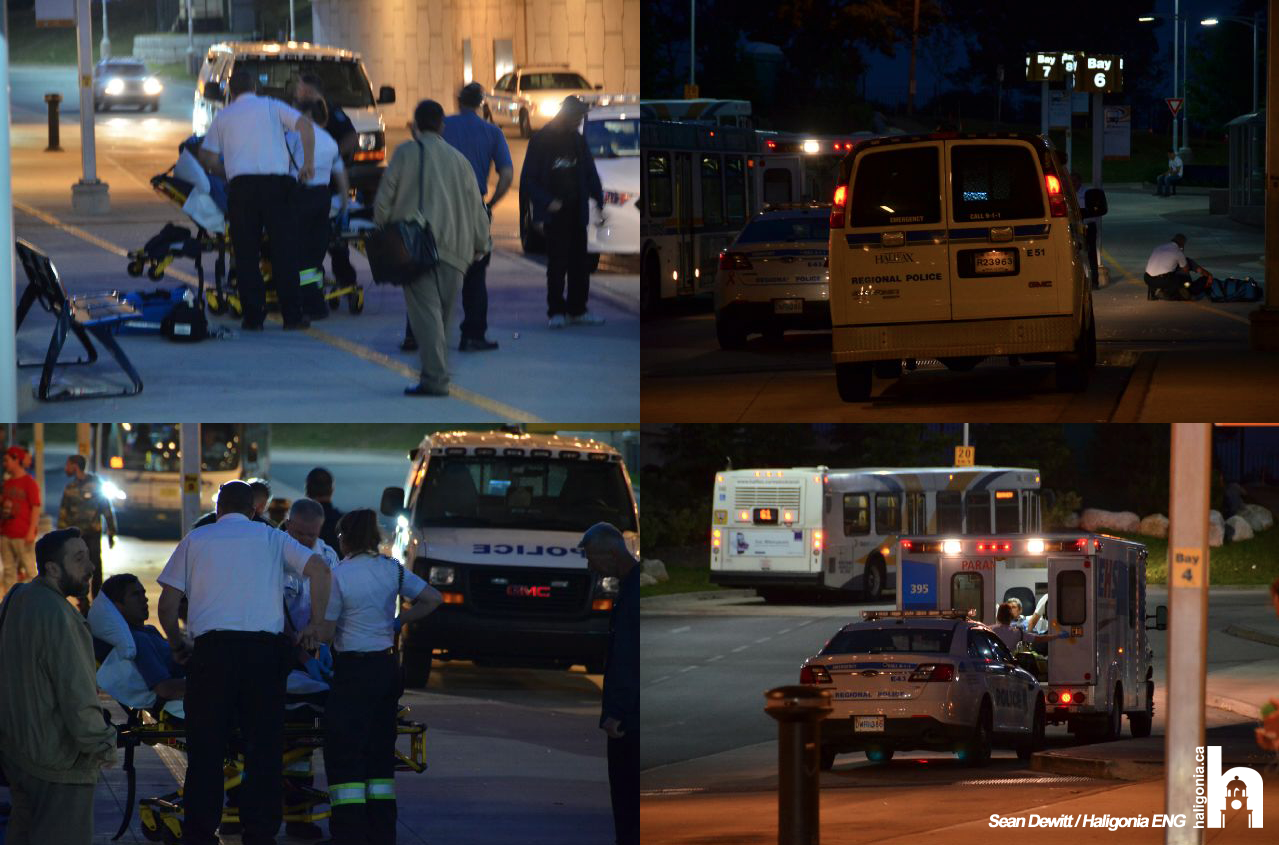 A 44 year old bus driver observed two young females fighting nearby and exited his bus to intervene.  He was quickly surrounded by a group of youths.  Three of the males assaulted the driver, knocking him to the ground and kicking him in the face.  The suspects then fled the area. They are described as two black males and one white male in their late teens, early 20’s, shorter, 5’6”.  The driver was taken to the Dartmouth General for treatment due to minor injuries to his face.  At 11:00pm. police arrested a 18 year old male on the bus terminal property without incident.  He was interviewed and held for morning court.   He is facing the following charges: Assault causing bodily harm, breach of recognizance and 3 counts of possession of a controlled substance.  Police are attempting to identify the remaining two suspects.