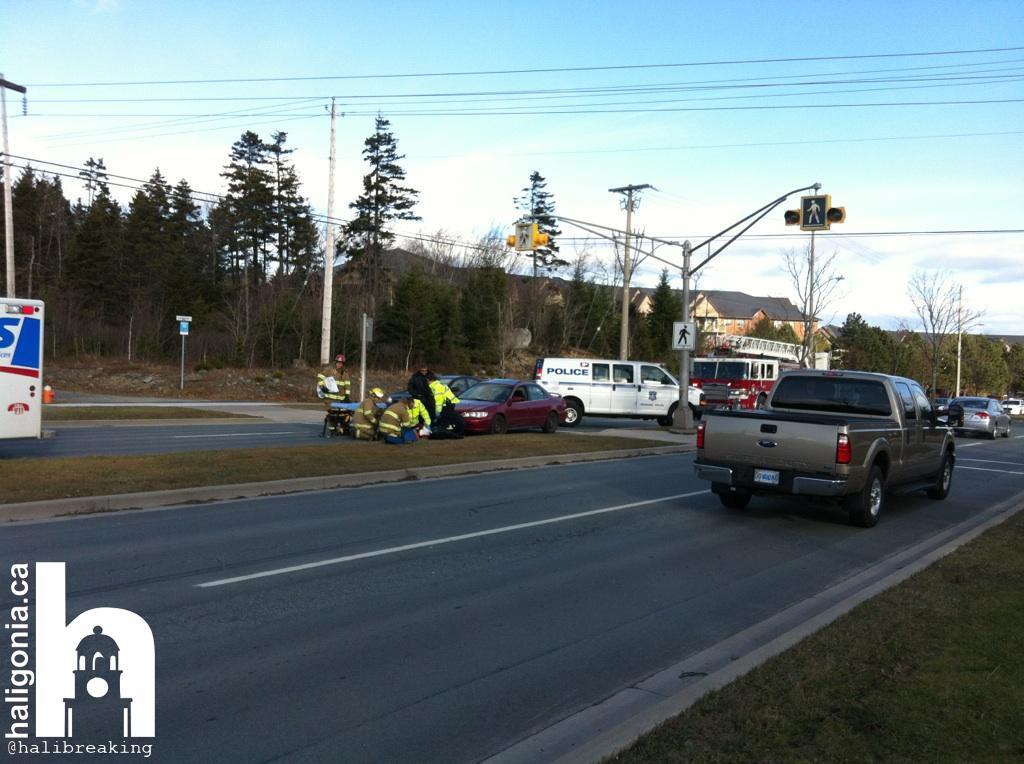 At 12:45 PM HRP officers attended a vehicle / pedestrian motor vehicle accident that occurred in the crosswalk in the vicinity of 301 Lacewood Dr. in Halifax. According to witnesses, the victim, a 31 year old woman had been jogging and was attempting to cross Lacewood from the North to the South side in a marked crosswalk. It appears that traffic on the curbside westbound lane yielded to the victim but a 21 year old male driver travelling westbound on the inside lane failed to stop and subsequently struck the victim in the crosswalk. The victim was taken to the QEII Hospital for treatment, it appears that she may have suffered a concussion. The driver has been charged under the MVA for failing to yield to a pedestrian in a crosswalk -Section 125 (1).