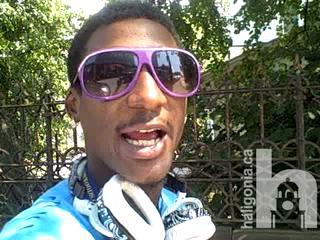 Antione chats with Mayor Peter Kelly about a parade that took place downtown August 20th. Check it out.

The 78th Highlanders, from Parks Canada’s Halifax Citadel National Historic Site of Canada, exercise the right to parade through the streets of Halifax on Friday, August 20, 2010.

The 78th Highlanders are a key interpretive program provided by Parks Canada and the Halifax Citadel Regimental Association. The unit accepted the honour of Freedom of the City in 1999 as a tribute to all British military units that served in Halifax from 1749 to 1906. In an annual ceremony, this privilege will be reaffirmed.