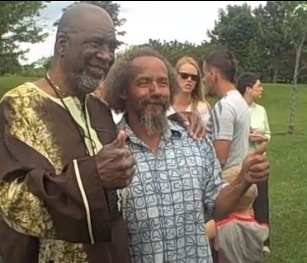 Ryan Gannon & Antoine Abawajy drop down to Seaview Park were the park was officially re-named “Africville". Ryan chats with Eddie Carvery, Rocky Jones, Irving Carvery Honourable Percy Paris and Mayor Peter Kelly about what this means for African Nova Scotians. The Renaming of the park fulfills one of the promises made as part of the agreement Halifax Regional Municipality (HRM) reached with the Africville Genealogy Society in February 2010.