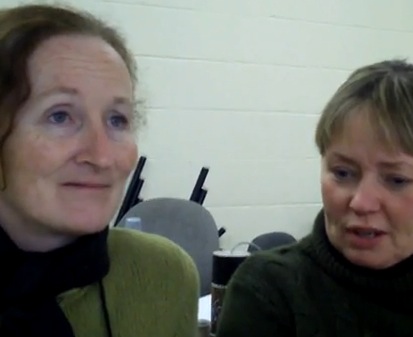 This landmark production features a company of 11 professional women taking on Shakespeare’s classic tale of a ship-wrecked maiden who dresses up as boy, falls in love with a count who is in love with a countess who falls in love with the maiden who is dressed as a boy. Complicating this simple love-plot is a priggish servant who, himself, has designs upon the countess, and a gang of merry folk who delight in jesting, drinking and playing practical jokes. LunaSea has cast women in all the roles (including a very pregnant Alexis Milligan who is herself carrying a wee lass in keeping with the rest of the cast) to push the gender role-playing envelope and showcase the wealth of female talent we have here in Nova Scotia.

“Twelfth Night” was traditionally staged during the Advent season and we are celebrating that timing by incorporating seasonal music into the production.

“Twelfth Night” is a perennial favorite, and with its multifaceted plot mixing sweetness, sadness and silliness it is also about as surefire as Shakespeare plays get. -New York Times