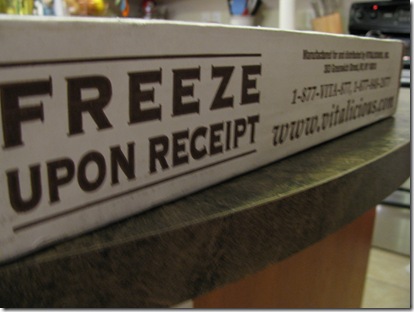 It’s nice to see that we Canadians are starting to keep up with our American friends in the product department.  A while ago I received an email from Vitalicious asking me if I would be willing to try some samples for the blog and while I danced around in excitement, they realized that I was north of the border and were going to send me off to their Canadian folks.  I had forgotten all about it until I received an email from their north of the border rep who told me all about the great Vitalicious products that are now available in Canada. Up until this point I had only ever seen the Deep Chocolate Vitamuffins, BlueBran and CranBran Vitamuffins and the Deep Chocolate Vitatops, all of which I have tried and liked.

I don’t usually buy them because they are definitely on the expensive side (around $6-7 for a package four) , but definitely not a bad cakey and chocolaty treat for only 100 calories.

I am not an advocate for “100 calorie packs” as a way for people to eat their daily calorie or points because typically they are void of nutrition, and in some cases, people will chose 2 POINTS of a cookie pack over adding their 2 POINTS worth of healthy oil for the day, but on the other hand, I am a fan of “portion control” and let’s be honest, a girl still needs her fix once in a while! lol

And upon inspection of the NI and the ingredients list, I was actually kind of impressed keeping in mind that the list was bound to be somewhat “long” regardless: 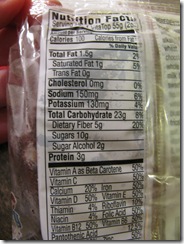 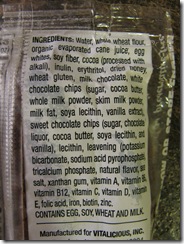 For what it’s worth, the flour is whole wheat and the sugar is organic! lol 😛

First up was a Fudgy Peanut Butter Chip Vitatop and it was the husband’s dessert. 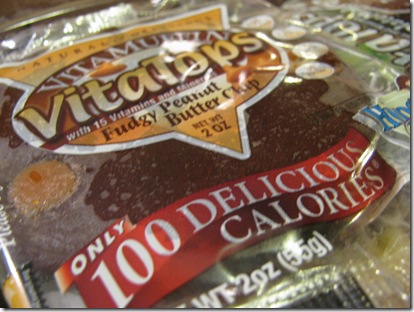 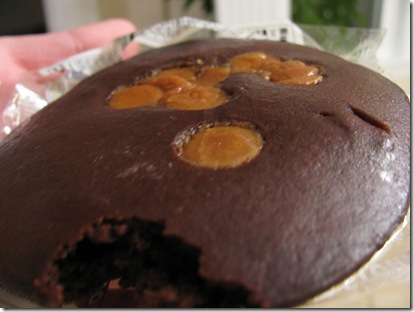 They are kept frozen and I told him that they are better when you warm them up ooey and gooey in the microwave first, but since they were partially thawed in transit, he declined my suggestion. 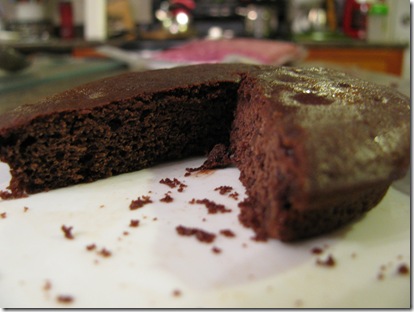 He wasn’t a fan.  I AM a fan.  The reason he wasn’t a fan was because they are somewhat of a “healthified” lower calorie version of the “real thing,” they are a bit “dry” tasting and you probably aren’t expecting it because they look so “cakey.”  This is why I find they are best consumed warm out of the microwave (and a schmear of PB2 on top!)  It is a compromise I don’t mind because I think it’s a fair compromise.  You can’t have it both ways unless you make a version for yourself fresh.

Normally I get my chocolate fix from 100 calories’ worth of dark chocolate after supper which I LOVE, but I certainly don’t mind substituting trying some of the Vitalicious products every other day or so at all!  Bring it on I says!

Don’t worry I do have a husband who is more than willing to help me out in the taste testing. ;-)  There were lots of chocolate variations in his honour: 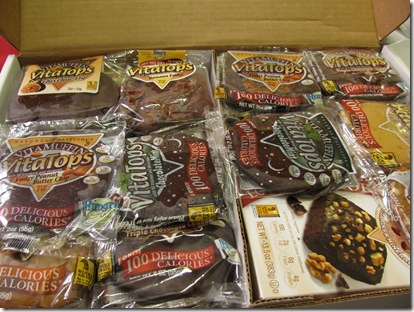 AND underneath those vitatops there’s more! I never knew they also made brownies! 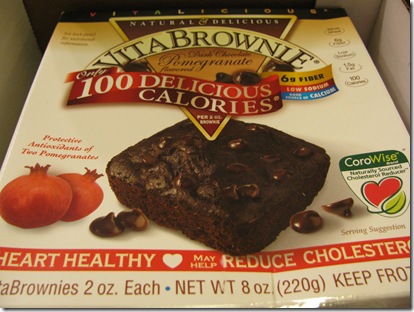 Don’t worry I TRIED ONE FOR YOU! 😀 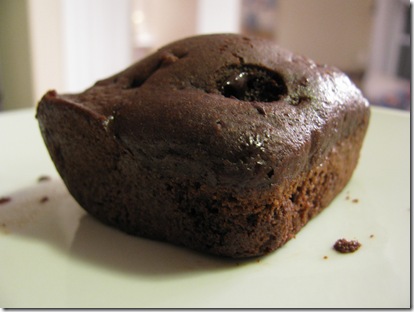 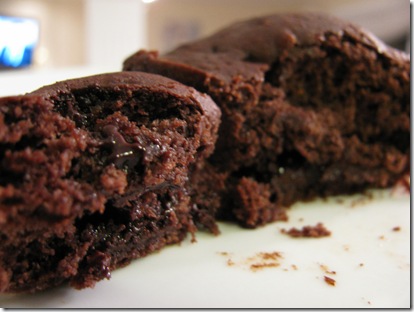 Definitely passed the test in my books!  Warmed in the microwave is key!

And I scored me some VitaBrownie Mix too!  This will be a true test to see if they are more moist when baked at home. 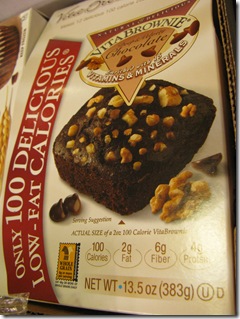 And a new kind of Vitamuffin that I haven’t seen available in stores here yet, Velvety Chocolate (Sugar Free): 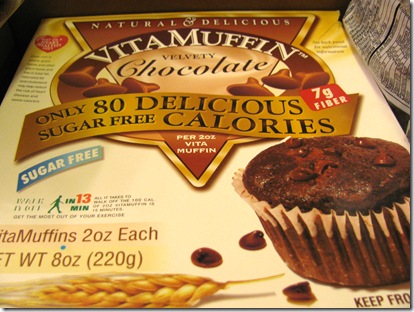 And there is definitely a selection of Vitatops o’ plenty, so they will be fun to review for you guys.  I have a large variety of different chocolate flavours, so it will be interesting to see if the chocolate flavours are truly distinguishable from one another.

It was a fun week as far as receiving fun blog & twitter-related packages in the mail, so I will share those with you this week too 🙂