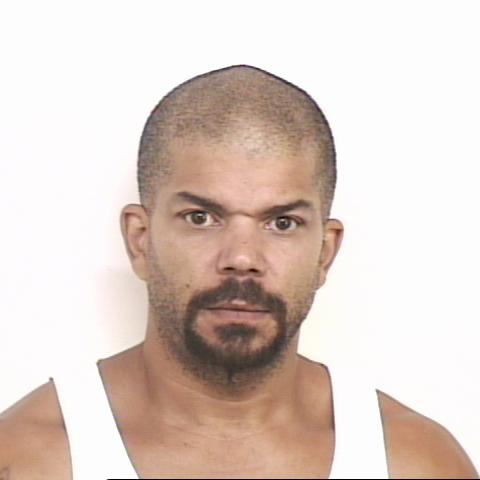 Updated Feb 18 4pm:
As a result of investigation today by the HRP/RCMP Integrated General Investigative Section, Kenneth Sykes has been charged with seven additional robberies.
In addition to the Running Room robbery, Sykes has also been charged with robberies at:
– Jungle Pets, 50 Tacoma Drive, Dartmouth, November 14 (2011)
– Pets Unlimited, 202 Brownlow Ave, Dartmouth, November 17
– Alia N Tanjay, 90 Hector Gate, Dartmouth, November 19
– Ultramar, 219 Pleasant Street, Dartmouth, November 19
– Bouclair Home, 194 Chain Lake Drive, Halifax, November 23
– NSLC, 6990 Mumford Road, Halifax, November 23
– TD Bank, 6239 Quinpool Road, Halifax, February 16 (2012)
A firearm was allegedly used in each incident.
Sykes is scheduled to be arraigned in Provincial Court Monday on over 90 charges, all stemming from the noted incidents. Most of the additional charges on top of robbery relate to firearms used in the commission of the offences and breaches of court orders.
Updated Feb 18 1am:
As a result of the investigative efforts of the Integrated General Investigation Unit (GIS) and West Division Patrol Officers Sykes was arrested at a residence in the Fairview area at approximately 1:00 am.
The arrest occurred without incident and Sykes will be interviewed by officers throughout the night.  In addition to the below mentioned charges additional charges may follow.  Sykes will appear in Halifax Provincial Court Monday February 20 Th. to be arraigned on all of his charges.
An additional media release will be issued regarding any additional charges later today.

The warrant for 39-year-old Kenneth Curry Sykes who is wanted in connection with a robbery last month in Bedford has been extended Canada-wide.

On January 26 at 1:23 p.m., police responded to the Sunnyside Mall located at 1595 Bedford Highway for a report of a robbery in progress. A man entered the Running Room, produced a handgun, demanded cash and fled with an undisclosed amount of money. A staff member was assaulted during the incident and EHS was requested to check on her. While this was obviously a traumatic experience, thankfully she was not injured during the incident.
On January 27, investigators with the HRP/RCMP Integrated General Investigation Section charged 39-year-old Kenneth Curry Sykes with robbery, uttering threats, wearing a disguise with intent, using a firearm or imitation in commission of an offence, possession of a weapon for a dangerous purpose, and carrying a concealed weapon. A warrant for his arrest was issued and yesterday the warrant was extended Canada-wide. He is described as a light complected black man, 5’8”, 155 lbs. His hair is shaved or short and in January he had a goatee.
Kenneth Sykes should be considered armed and dangerous, and members of the public shouldn’t approach him or try to take matters into their own hands. Anyone with information on his whereabouts is asked to contact police at 490-5016. Anonymous tips can be sent to Crime Stoppers by calling toll-free 1-800-222-TIPS (8477), submitting a secure web tip at www.crimestoppers.ns.ca or texting a tip – Tip 202 + your message to 274637.