Digby and Annapolis RCMP are seeking the public’s assistance in locating a 25-year-old Clementsport, Nova Scotia man wanted in relation to numerous break and enter incidents in New Brunswick and Nova Scotia.

Justin Jody Dempster is suspected to be in Nova Scotia, specifically in Annapolis or Digby Counties. Dempster is also known to travel to Yarmouth County and New Brunswick.

Dempster is wanted for breach of conditions and numerous break and enters in the Hampton and Saint John areas of New Brunswick and Digby and Annapolis County areas of Nova Scotia. He is known to steal vehicles and ATVs and take advantage of crimes of opportunity during daylight hours involving unlocked buildings or vehicles. Residents are asked to ensure homes and vehicles are locked to prevent potential break and enters.

Dempster is described as having a medium build, 5’11’, 180lbs, brown eyes and short brown hair. He has a sleeve of tattoos on his left arm, the word ‘Dempster’ tattooed on his right forearm, and a tattoo on the right side of his neck. Anyone who thinks they recognize Dempster is advised not to approach him and to contact police immediately by calling 911.

Anyone with information on the whereabouts of Justin Dempster is asked to call Digby RCMP at 902-245-2579 or Nova Scotia Crime Stoppers at 1-800-222-TIPS ( 8477), or text TIP202 + your message to ‘CRIMES’ (274637) or by Secure Web Tips at www.crimestoppers.ns.ca. Calls to Crime Stoppers are not taped or traced and if police make an arrest and lay charges based on a tip, callers qualify for a cash award.

Note to media: A photo of Justin Jody Dempster is attached. 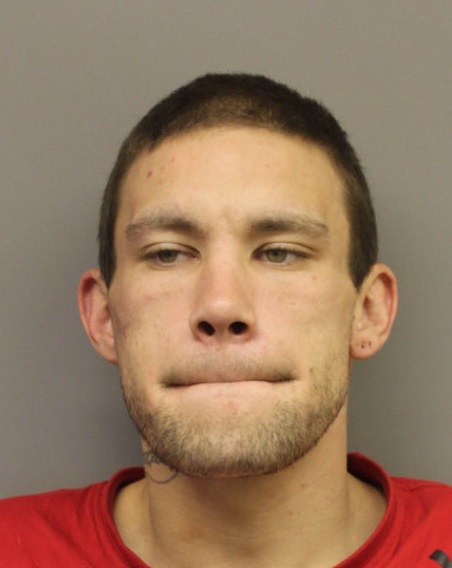