Ally: Today was one of those days where I kept saying out loud (to myself, in my basement office), “Sweet Britney Spears in an Effing Bread Basket”. Friends? It’s not a good day when that happens. It’s like crap was physically coming out of my email inbox. I was playing email crap dodge ball. And I lost. Don’t hate the player, hate the game.

So! I wanted to think of positive events and funfastical things to take my mind off of my bomb of a day. What could be more funtastical than Turbine’s upcoming showcase? It’s happening Saturday, October 15th from 7-10pm. One of my favourite parts is that Heidi Petracek is hosting the event. She’s Captain Adorable-Pants, basically. Head to Turbine’s website to pick up your tickets. L-A and I will definitly be there. Maybe we could do drinkies beforehand?

Another amazing event coming up is the Dress for Success Halifax clothing sale. Now, I’ve told you before that I’m on the Board there. So this may qualify as Shameless Self Promotion. I would counter that argument with the fabulous Carlos shoes I purchased at the previous sale in the Spring. Not to mention the orange Gladiator flats I bought that I wore all summer long. 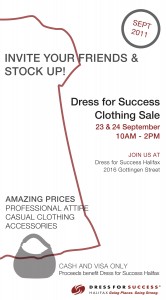 It’s seriously an amazing sale. I hope you can make it out. I’d love to elbow you out of the way to get great purses. With love.

It’s nice that I found something to appreciate today, but I’m really feeling the hate so can we talk about Angelina Jolie at TIFF for a moment? 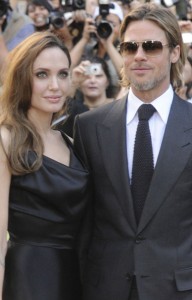 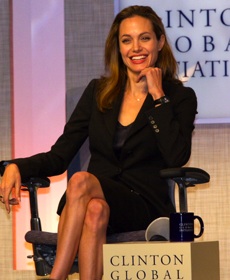 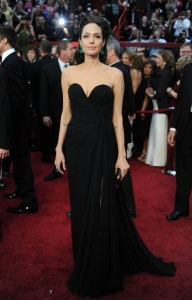 Can someone remind me to write a scathing post under Celebrity I Irrationally Hate? The smug, I just can’t deal with the effing smug.

While L-A would typically post videos of cute kittens or Hipster Ryan Gosling to help her ease the pain of this day,  I’ll snuggle up to this video:

L-A: I’m actually not sure what video Ally would snuggle up to. It was clearly that kind of day for her. I’ll insert a video for her. How about this?

No? Well, that’s okay, I needed it. I also needed a visit to Obladee with my homegirl Lori. We go back to the days of drink beer in the Poli Sci office during our undergrad. We’ve classed it up, but we’re still all about drinking our faces off.  The plan since last week was to meet for a wine date, but it ended up just being that kind of day. The kind where you need some wine, a good friend, some cheese, and clearly, some Ben Folds (I mean. How else do you cope with a pile of emails from student loans reminding you that your Glorious Grace Period is coming to an end?)

Anythewho, on the subject of film festivals: anyone going to the opening night party of the Atlantic Film Fest? I’m seriously considering it, even if I did miss out on buying tickets to Rollertown (I know. My roller skating self is pretty sad about that). It may  not be the same roster of celebrities, but it’s still a party full of awesome people and a festival full of awesome. If you have any film recommendations, send them my way. 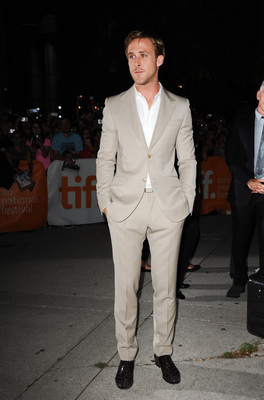 Maybe next year we’ll make a field trip to TIFF and he’ll be there. One of my bestests, J.Lau, is now living in the T dot O dot and I’ll take any excuse to visit her/go looking for The Gosling.

Wednesday Post: Give me something pretty to wear so I will stop hating everyone’s face
https://haligonia.ca/wednesday-post-give-me-something-pretty-to-wear-so-i-will-stop-hating-everyones-face-43481/