September is here, the new TV season has started, and thank goodness. I don’t know what y’all have been watching this summer, but I have not been watching anything good. (I know, I know, I should watch Breaking Bad, but it’s a lot to catch up on. And I used to have Mad Men to keep me entertained during this time of year.)

Yes, I’ve been watching and blogging about Bachelor Pad all summer, but that’s not even the lowest I’ve sunk. The thing about this time of year is that I get to actually have a social life, so I spend a lot more time just flicking around the channels whenever I have a chance. And these are the things I’ve been flicking to. 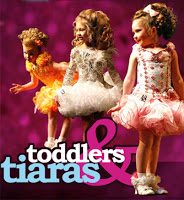 Toddlers and Tiaras
This one sucks me in every time. This show was recently in the news because of a mom who dressed her three year-old daugher Paisley up as the Julia Roberts in Pretty Woman. Frankly, I don’t know what’s worse – dressing your toddler up as a prostitute or naming her Paisley. To say the least, Toddlers and Tiaras is not for people who are easily angered, and there will come a time when you just need to shut it off, take a deep breath, and put on some Gilmore Girls DVDs. In one episode I saw, a mom bribed her toddler to practice her dance routine using sugar cubes (!) and another mom forced her kid to quit gymnastics because it was making her too muscular, and that doesn’t look good in gowns.Yeah. 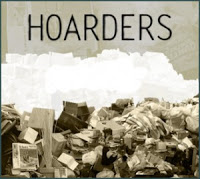 Hoarders
I am easily pulled into a Hoarders marathon, and it has two effects. I often end up very angry since most of the time at least one of the people featured are bitter, angry people who need more help than with cleaning, and they’re so mean to their kids or nephews or whoever that I get mad. The second effect is better – every time I watch this show I end up wanting to clean up my apartment and get rid of junk I myself have squirreled away. Seriously, last time I ended up throwing four years of college essays, exams and lecture notes into the recycling. So therapeutic. Only I still wonder if I really should have kept all those notes on early modern philosophy because like, what if I need to quote Descartes sometime? Oh right. That’s what Wikipedia is for. Phew.

My Big Fat Gypsy Wedding
This one isn’t my favorite, but I watched it a couple times over the summer. On the one hand, it’s kind of fun to gawk at the crazy weddings and gowns people put on. But on the other hand, it can be rather sad. The picture painted is that girls leave school at a young age, clean, and then get married. Pretty bleak. But TV (and especially TLC) loves stereotypes and I’m not sure how accurate a depiction it is. 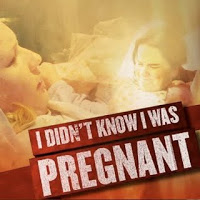 I Didn’t Know I Was Pregnant
This is another one that just sucks me in. I mean, one episode was called “Baby In My Sweatpants”. She had a BABY in her SWEATPANTS! Also, the reenactments are my favorite since they’re so over-dramatic and forced. It’s impossible not to watch. 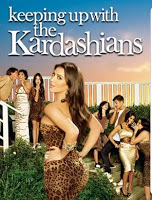 The Kardashians
When in doubt, watch Keeping Up With The Kardashians or anything else Kardashian related. I know what you’re going to say. “They’re boring” or “Kim’s only famous because she had a sex tape” or “Who are these people anyway?” Yeah, I used to say all that too. And then I started watching and couldn’t stop. They’re just so rich and crazy! I now know way more about the Kardashian clan than I’d like to admit. 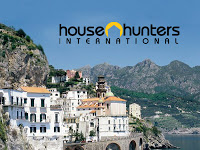 OK, so I’ve ‘fessed up about what I was watching all summer. Now it’s your turn – did you have any summer guilty pleasures?

What I Watched This Summer - AKA, There's Nothing On TV
https://haligonia.ca/what-i-watched-this-summer-aka-theres-nothing-on-tv-43685/