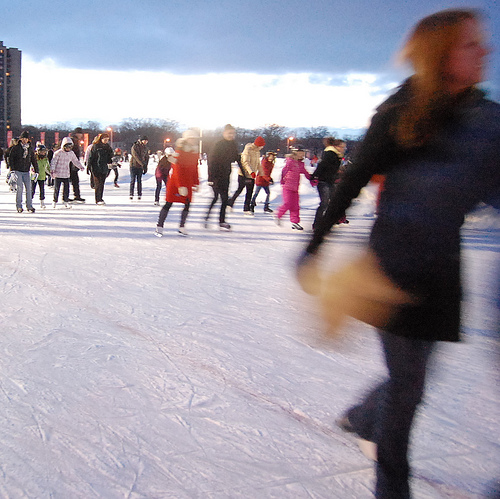 Talks have begun between city council and sponsors of the Halifax Commons skating oval to give the public facility an official name. Now that the Canada Winter Games have come and gone and the city has approved the oval as a lasting fixture, a new name will help to solidify its permanency.

CBC News is reporting that the recreational site's funders will most likely have first dibs at the naming. Recommendations to council will be made later this month and the possibility is there that the rights to the name may be split between several parties.

There are some concerns among councillors at the prospect of alcohol company Molson Coors lending its name to the oval. However, Save The Oval spokesperson Dr. John Gillis says it shouldn't be an issue for council, given that Moosehead beer is a prominent sponsor of the Halifax Metro Centre which is owned by the municipality.

Tell us your suggestions Haligonia. How would you like to see the oval named? Do you think there should also be some public input in the decision-making process?

What's In A Name? Halifax Skating Oval To Get Official Moniker
https://haligonia.ca/whats-in-a-name-halifax-skating-oval-to-get-official-moniker-48663/