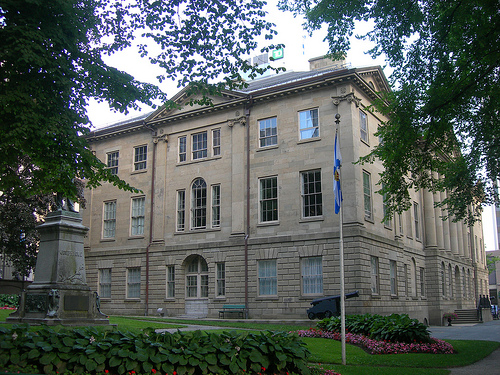 As Occupy NS members plan their next move in the wake of  Friday's eviction from Victoria Park, city councillor David Hendsbee tells Metro Halifax that they should set up camp on the lawn of Province House.

In the article, Hendsbee states that the lawn in front of the provincial legislature is exempt from municipal by-law P-600, which was used to give protesters the boot from Victoria Park. He also references the symbolism of protesters gathering beneath the statue of Joseph Howe — an adamant supporter of freedom of speech. He says the province handles matters on the majority of issues at the heart of the Occupy movement — including corporate regulation and taxes, wage parity and poverty.

We want you to weigh in Haligonia. Would a move to Province House be the next logical step for Occupy members? Or do you feel that city council is trying to 'pass the buck' so to speak?