(This is a Netflix StreamTeam post but it mostly talks about adventure and the vacation we are currently on. Please continue reading.)

I’m sitting in my Mother-in-law’s house writing this, at least a few days late.

We’re in the middle of our family vacation and this is our first real taste of normal living with some semblance of downtime in the last few weeks (because, as you can imagine, the time leading up to a vacation isn’t necessarily normal – especially when you need to prepare for cross-border travel). 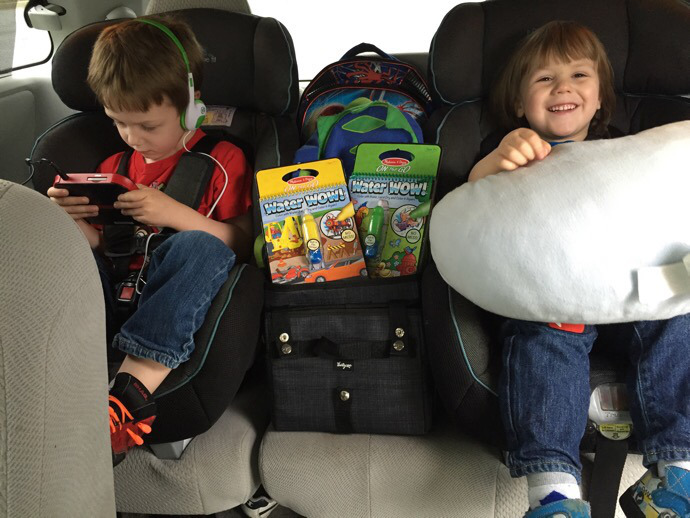 Going on a vacation with my family – specifically my husband and kids – has been a priority for me. But we haven’t really gone on one until just now. Over the years since Cameron has been born, we’ve travelled to see parents on holidays or taken a couple of weeks out of our work schedules to make a longer stay. But visiting family isn’t really the kind of memory-making vacation I was desiring. It is incredibly important to have extended family involved in our lives and the lives of my children, which is why this vacation included a stop at my Mother-in-law’s in Toronto. But there is something to be said for doing things together that do not involve navigating family dynamics and instead just focuses on pure, unadulterated fun and adventure. Memories are obviously made at grandma’s house, but I don’t want to miss out on those family-only adventure memories that come from long road trips and wrong turns and discovering new places, together. 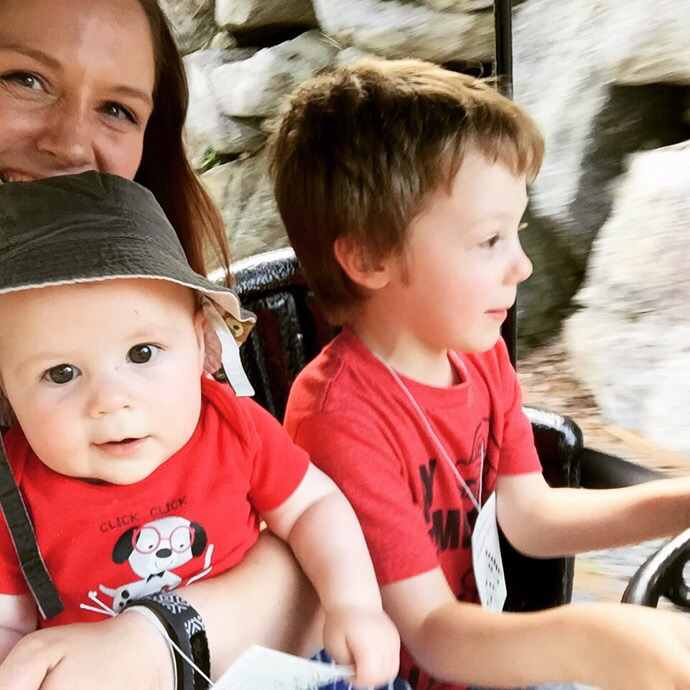 My three-year-old, Gavin, gets homesick when being away from home for more than a night. And, well, we’ve been home for more than a few nights so far. We’ve had to comfort tears more than once this trip to remind him that we will be going home in a little while but right now, we’re enjoying our adventure together. And if we were home, we wouldn’t have been able to see Santa or go on a log flume ride or play mini golf near dinosaurs or see Niagara Falls or see the best ice cream ever being made or… 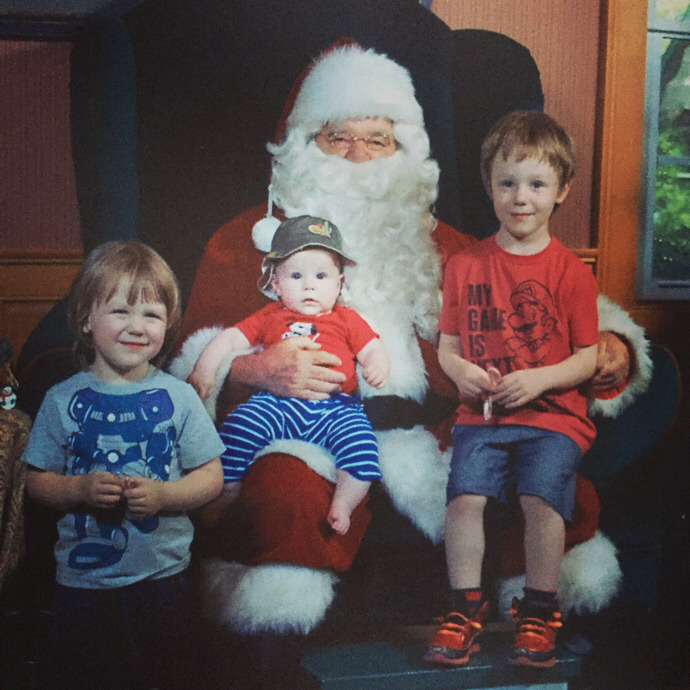 My husband and I joked that I was really the only one who was excited for this trip. He definitely doesn’t like long drives in the car. Even a two hour trip would be considered “long” in his estimation. So far we’ve had five driving days on this trip, each lasting anywhere between two and seven hours of driving. And we have yet to come home, which means we still have over 16 hours of driving ahead of us. Needless to say, the children don’t long those long car rides either. Do any children? Our last jaunt between Niagara Falls, Ontario to Markham included about 1 hour and 20 minutes of crying children. Two of them to be exact. We asked Cameron why he wasn’t crying because obviously it was the going thing for O’Rourke children. 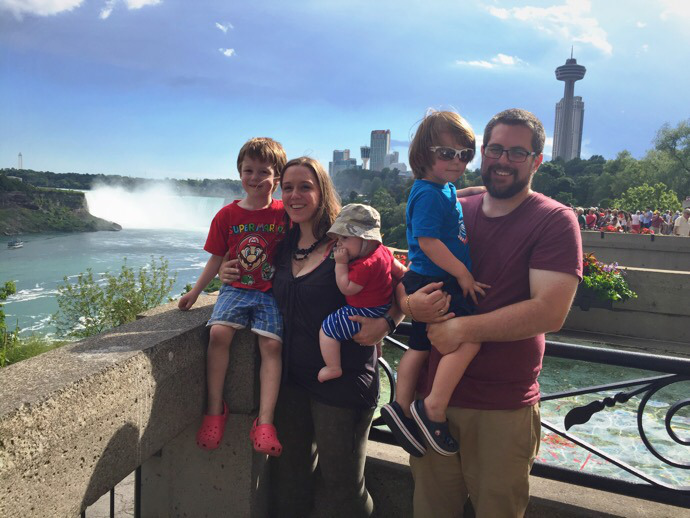 Of course the driving is going to suck, I assured my husband. My excitement for the trip didn’t mean I was naive to how tough that part of it would be. But, memories will be made on these types of road trips, I insisted. 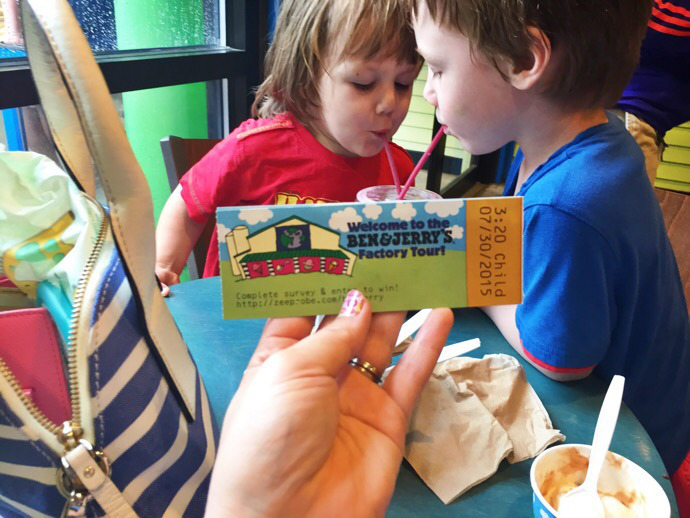 I didn’t go on an airplane until grade 7 when I went on a trip to England with a choir. That’s not to say I didn’t travel before that. My parent took us on countless car trips and driving vacations. We drove to New England and Ottawa yearly (at least). One year we drove and camped our way across Canada and back through the northern states. That took six weeks. Another year we drove down the Eastern coast to Florida to go to Disney for the first time. Our family often says that my Dad’s idea of a good time is just getting into a car and “taking a drive”, and I actually kind of get that. 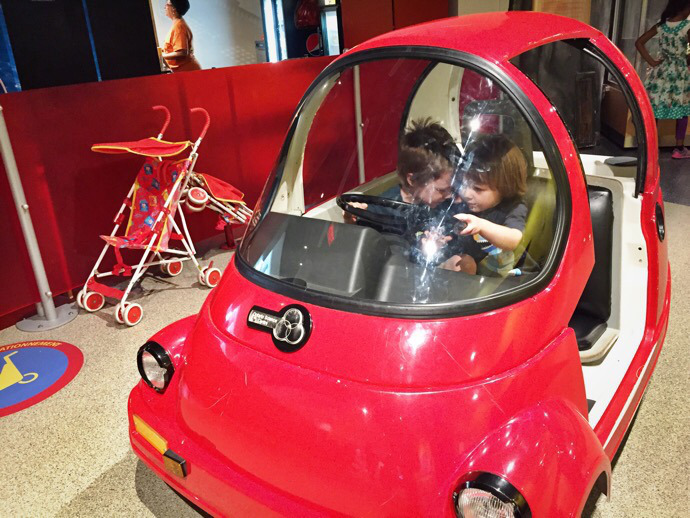 There’s something about being confined in a vehicle with people we love – but with whom we maybe don’t normally take the time to connect with – and just be together for some time. To me, this sounds almost cozy. Plus, driving places leaves room for sight-seeing and adventure. All of this is a recipe for memories. There may be tears and whining now, but years from now, our boys will remember these trips just like I remember those from my childhood. 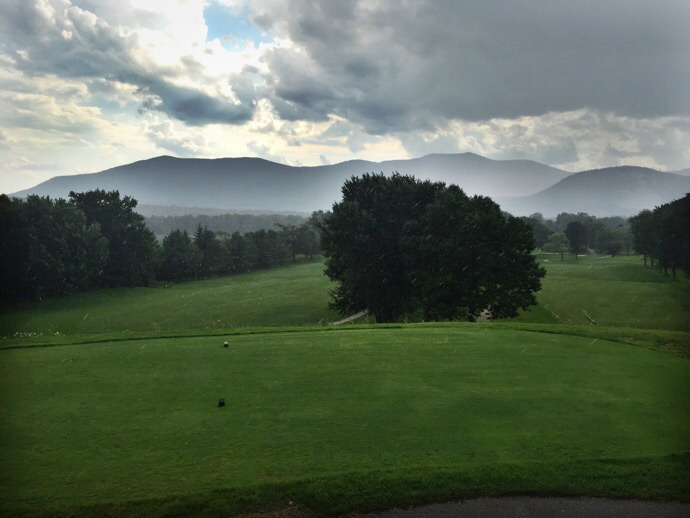 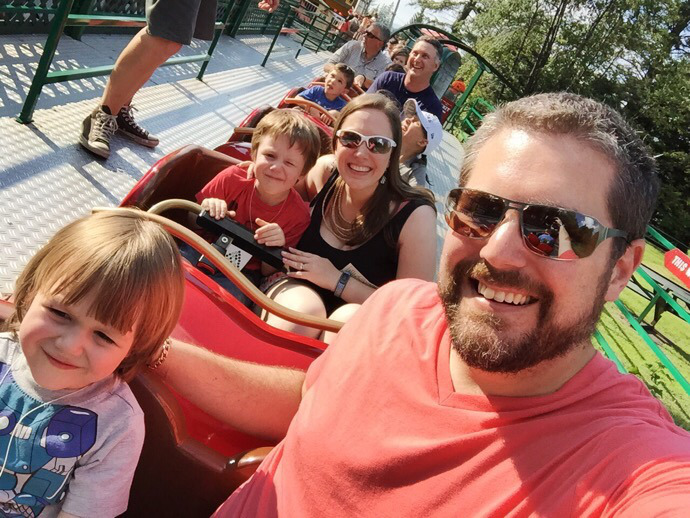 I’m all for adventure. 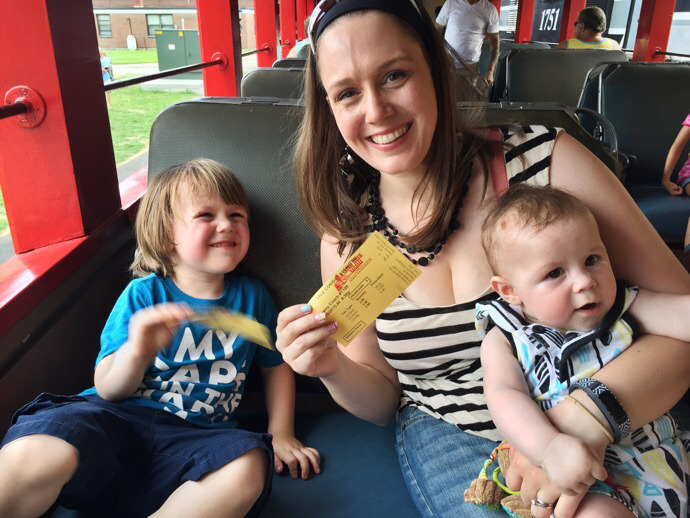 Sometimes it is hard to extend that spirit of adventure to the long repetitive days at home though, when vacation is over or before it even begins. My days are essentially filled with putting the baby to sleep, making sure (often in vain) that the older boys don’t wake up that sleeping baby, and constantly fielding hunger complaints from my growing boys, often making them food in response. When these simple tasks fill my day, it can be hard to build in those moments of every day, close to home, adventure. 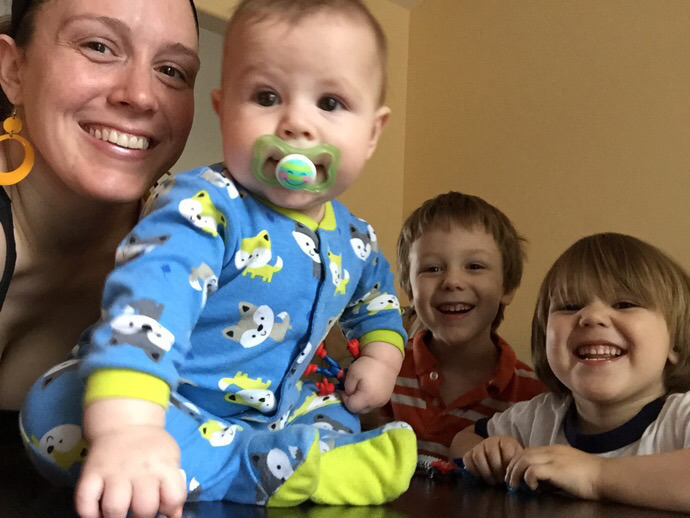 Last month, we received a giant box at our door. Being part of the StreamTeam, Netflix sometimes sends us boxes of goodies but this one was unparalleled: A map to dragon islands. Sidewalk chalk. Dragon food. A cape. Or wings. Or even just maybe a blanket for when tired dragon riders need to take a break and watch a show. A toy. Masks. An inflatable sword. It was all there. Just enough to light the spark of imagination and set my boys in motion. 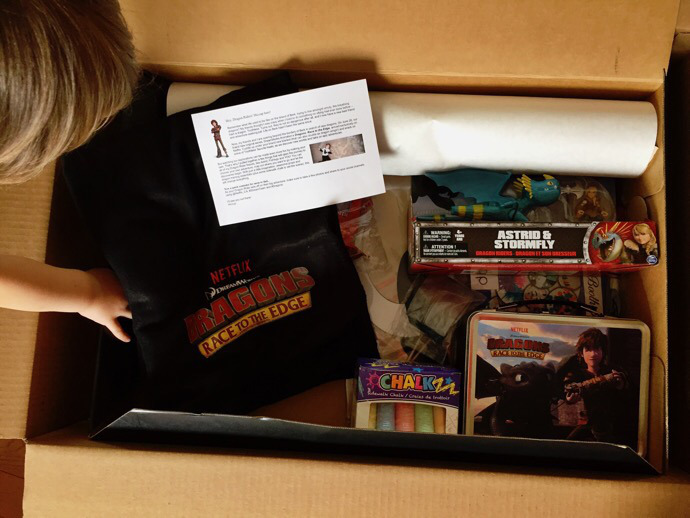 Within an hour, my driveway was covered in dragons. The map was layed out on the ground. They were running around acting out stories and games and adventure. Toy dragons were strewn about. There was a cape and a sword involved. They were outside. They were entertained. They were active. They were imagining. They were on an adventure. 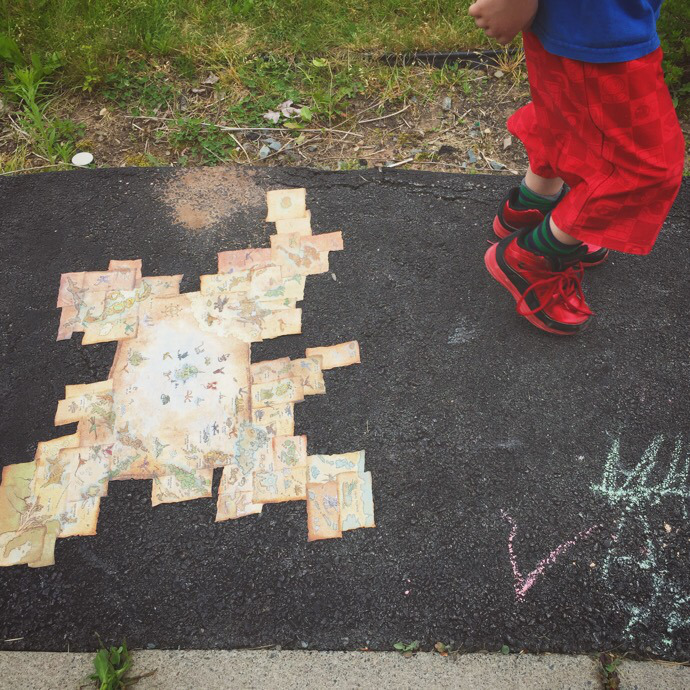 My children had already watched the new Netflix original series based on the How to Train Your Dragon movie called Dragons: Race to the Edge. The goodies package from Netflix didn’t send my children running to the television. Instead it set their imaginations loose. That is, until it was time for dragon food and then they turned on Dragons and snuggled under the fleece blanket that once was a cape. (Thank heavens they did too, because Logan needed to sleep so I needed to house quiet!) 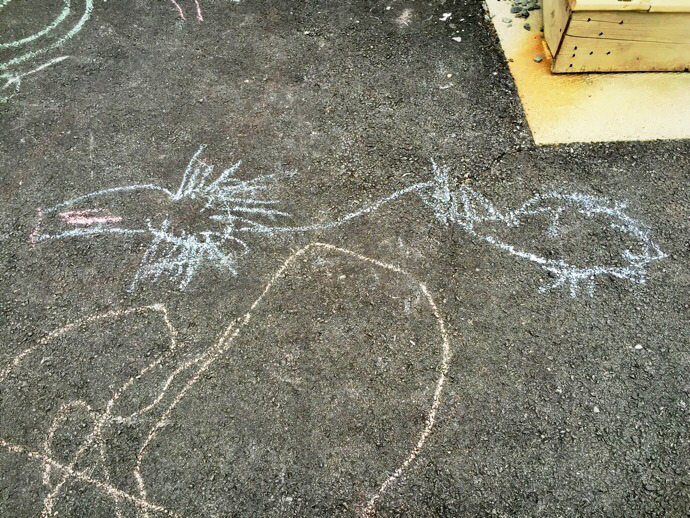 I’m kind of big on adventure. We still have so much in store for the last few days of our vacation. But when we get home, I’m thirlled to know the adventure and imagination doesn’t need to stop. 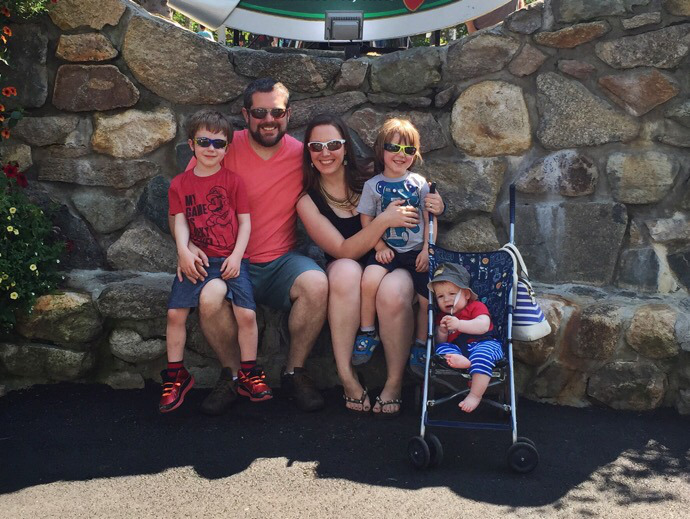 I am part of the Netflix Stream Team which means I am compensated with free Netflix for the year and get some other goodies along the way. All my stories and memories and retell info of events are original and not purchased.