In a house full of sports, figure skating is mine. Well, that and running. But let’s focus on the figure skating for a moment. I have come to enjoy watching football and golf and I even started cheering for a once-hated hockey team.

I go to toddler soccer practice and stand on the sidelines. I spend hours in cold rinks. I jump in the pool weekly with a tentative three-year-old. I actually surprise myself with how involved in sports I am these days after a lifetime of completely avoiding them.

But I have kind of always liked figure skating. Not actually doing the figure skating of course. My five-year-old is already a better skater than I am. But, I love watching it. Growing up, I’d look forward to watching figure skating during The Olympics and would even watch it at other times too. My sister and I would slide with our sock feet along the linoleum floor making up routines, emulating the twirls and jumps we’d see on tv.

Ready for #jergensstarsonice. This year with the whole family!

This is the third year that I have had the opportunity to go see Stars on Ice. Two years ago I went with a friend, and it was great. Last year I brought my eldest son, and he loved it. This year, I took the whole family. I assumed everything would go swimmingly. Cameron did awesome at the event last year, and I knew that Gavin would rather come with us than be left behind. The baby would be a baby – which means he’s pretty portable and manageable wherever we go. I was really looking forward to it.

The gang’s all here! Last year I had such a blast at Stars on Ice with Cameron. This year I get to do it with all of us (plus one). #jergensstarsonice A photo posted by Laura O’Rourke (@lauralorourke) on May 1, 2015 at 3:08pm PDT

We ended up leaving early. The kids were whining and crying and asking to go home. They were all over me. They wouldn’t sit, wouldn’t watch, wouldn’t enjoy the music. They were stubbornly not allowing themselves to enjoy the evening. The night I was so looking forward to had been ruined.

Before we ended up deciding to cut our losses and call it a night, I managed to see a few performances. They were amazing, especially the first group number, which always manages to get the crowd engaged. Soon after, Kurt Browning came onto the ice and it was announced that this was his 25th year with Stars on Ice. A voice over of Kurt Browning’s voice flooded the arena as he talked about his mentors and the meaning of the song and choreography he had chosen for this performance. It was powerful. It was touching.

In the middle of this ice dance, Kurt Browning came crashing to the ice.

He was fine. He played to the audiece and the audience ate it up. He got up, gave us a knowing look, and then kept skating. He performed beautifully, though not flawlessly, and he was applauded whole-heartedly. The audience forgave instantly. He is Kurt Browning, for goodness sakes. A figure skating star. We love him. He’s amazing. 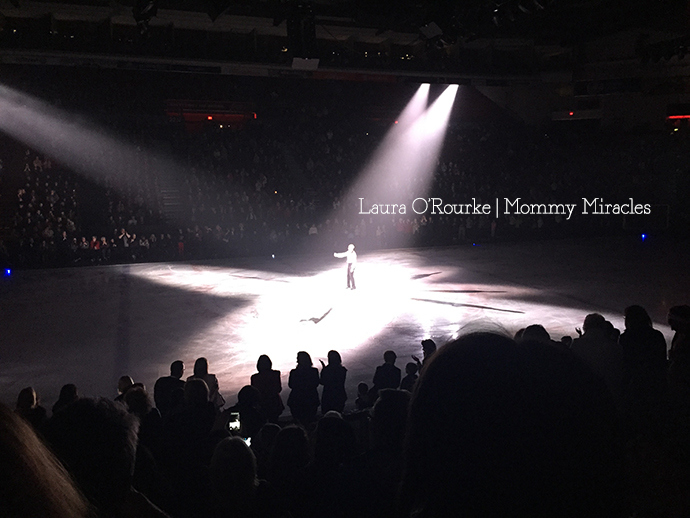 I drove towards home that night thinking about that fall. I so didn’t want to be bitter at my children that we had to leave, but I really wanted to be at the Stars on Ice show. I didn’t want to leave. I was upset. But my kids had crashed.

Why do we forgive so easily a crash that comes after 25 years of experience and practice, but not give grace to the crashes that hit these little rising stars who don’t have the benefit of years of practice or experience?

The night before the Stars on Ice show, my husband needed to stay late at work. We ended up picking a colleague and him up after 9pm and we didn’t get home until 10:30. My kids didn’t get the chance to have a good night’s sleep before what we knew would be a late night out together. We had changed the routine on them. Even Kurt Browning with his 25 years of experience doesn’t expect to go out on the ice and perform without practicing his routine over and over.

As parents, we expect big things from our children, and that’s important. But when they fall – when they crash – it is okay to extend grace, reach out a hand, and wait for their feet to steady underneath them again. It is okay to change plans, leave events, and get kids back on routine. We can watch kids crash and still applaud them because we love them so much. They are our rising stars.

While our night at Stars on Ice didn’t go swimmingly like I expected, I suppose it is fair to say that things did go skatingly…

I am so grateful that Kao Canada provided me with the opportunity to go see Stars on Ice again this year. They also sent me a Jergens Skincare gift basket which includes some of their newest products. Jergens has also provided me with one gift basket to give away to a reader! Please fill out the giveaway below to be entered to win. The giveaway is open to residents of Canada only and will close on Thursday, May 28th. 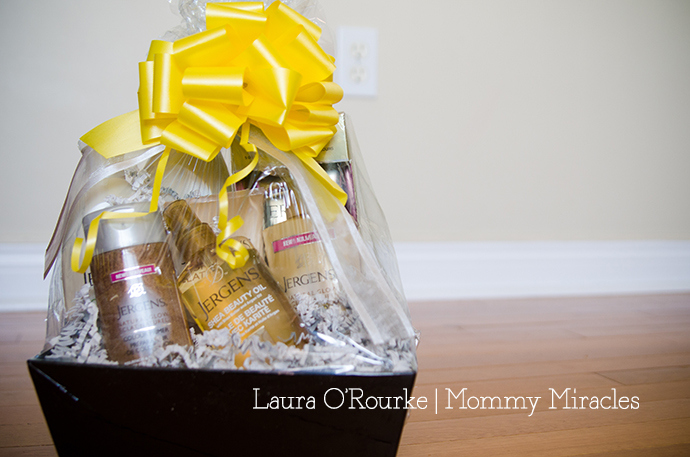 Kao Canada provided the Jergens Skincare basket and tickets to Stars on Ice. All opinion and stories are my own and have not been influenced.

The post When The Stars Fall appeared first on Mommy Miracles.

When The Stars Fall
https://haligonia.ca/when-the-stars-fall-106417/