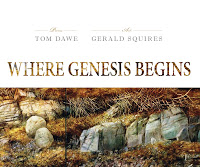 Dawe’s winning entry is titled Where Genesis Begins (M) and it is a collaboration with painter Gerald Squires. The book is a comprised of 31 of Dawe’s poems, along with 71 artworks by Squire. “These pages are both sumptuous and pristine in design…This writing is superb and makes Where Genesis Begins more than an art book.”- Joan Sullivan, The Telegram 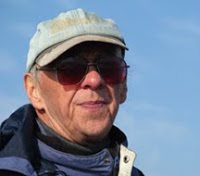 Renowned artist Christopher Pratt is quoted as saying “For those of us born and raised on this island, in this province of Newfoundland and Labrador,hard-wired into its weathers, tides and history, the combination of Tom Dawe and Gerry Squires resonates like fish and brewis — not necessarily in that order.”
Tom Dawe is the St. John’s Poet Laureate and a Member of the Order of Canada
The 2011 shortlist also included:
Never More There: poems (M)
by Stephen Rowe
Shouting, Embracing and Dancing with Ecstasy: the growth of Methodism in Newfoundland, 1774–1874 (M)
by Calvin Hollett
Battlefront Newfoundland: Britain’s oldest colony at war, 1939-1945 (M)
by Jack Fitzgerald