The Halifax Mooseheads haven’t had the season they would’ve wanted so far but they will be hoping that a few new arrivals can make a big difference as their campaign progresses.

​Jean-Jacques Daigneault, the man in charge of the QMJHL side, has a wealth of experience in the NHL as a player and as a coach in various different capacities, so he will be eager to stamp his mark on the team quickly as they look for improvements following his appointment earlier this year.

​And, it appears he is ready to do just that, with D’Artagnan Joly and Kevin Gursoy joining the club, taking two of the three overage spots on the roster in the process. Therefore, they will arrive with a pressure to start delivering quickly for the Mooseheads. The pair will bring physicality and, more importantly, points to the side as they seek to make significant strides over the coming months in order to climb the table. They have both shown in their short careers that they can thrive at this level and the challenge will be to find their best form in a new environment.

​While it’s a positive for the Mooseheads, the platform that Halifax will provide the players themselves is also clear to see. All these young lads in and around the team will have ambitions of playing in the NHL moving forward and they need to be part of a successful team to do just that.

​As we know, that is the dream for everyone involved in the league and it’s about doing all you can to impress on a regular basis to catch the eye of the elite NHL clubs such as the Washington Capitals who are the favorites to win the Stanley Cup in the NHL betting odds. Simply because that is the pinnacle for all those connected to the sport. From the huge crowds, the large TV audience and the additional media scrutiny, everything that comes with playing at that level is intense and under the spotlight but the rewards are there for all to see.

Fans love the game and whether they just want to watch at the sports bar or they go week-in, week-out to watch the games live, they are gripped and those involved can become celebrities. Of course, the financial gains can be life-changing too, whilst competing in the sport you love for a job isn’t a bad way to live your life either! 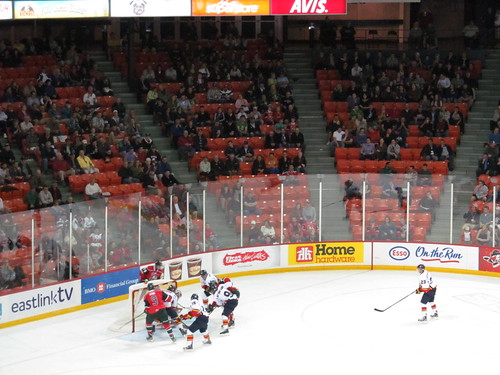 ​So, that’s where the players aspire to be and the Mooseheads, like every other side in the league, can help those on the roster reach those heights if they stand out.

After a mixed start to the campaign, the new recruits could be just what’s needed to ensure this team continues to grow in the New Year and an improvement in results and more success are exactly what this group needs as they look to chase the dream.

Why Halifax Mooseheads will be hoping new recruits can inspire improvement
https://haligonia.ca/why-halifax-mooseheads-will-be-hoping-new-recruits-can-inspire-improvement-273521/