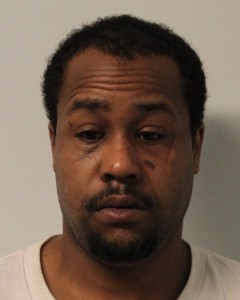 At approximately 6 p.m., Kerry Lee Sampson was arrested by members of the Windsor RCMP Detachment without incident at a residence in Three Mile Plains.

Sampson remains in police custody and is scheduled to appear in Windsor Provincial Court Monday, October 30, at 10:00 a.m. to answer to numerous charges including:

· Failure to comply with conditions of Undertaking X 2

The RCMP would like to thank the public and media for their assistance.

Yesterday afternoon shortly after 12 p.m., 31-year-old Kerry Lee Sampson was arrested by members of the Windsor RCMP Detachment at a residence on Stannus St. for an alleged court order violation.

Sampson resisted arrest and assaulted the police officers. As a result, a conducted energy weapon was deployed. Sampson was then brought into police custody and taken to hospital for treatment.

At approximately 5 p.m., Sampson was released from the hospital and back into police custody. On their way back to the Windsor Detachment, the officers stopped at the Stannus St. residence for Sampson to pick up some necessary personal belongings. During this stop at the residence, Sampson fled from police on foot.

The officers immediately chased after Sampson however were unable to locate and apprehend him. Since then, numerous resources have been deployed in an effort to locate him and an arrest warrant has been issued.

Sampson is described as a black male with a medium complexion, black hair and brown eyes, 5-foot-8, and approximately 180 pounds. He currently has a shaved head hair style. He also has a prominent scar and mole on his left cheek. He was wearing grey sweat pants, a hospital gown and no shoes. His hands were also handcuffed when he fled from police.

Earlier today, police received reports that Sampson was seen in the Panuke Rd. area. He was reported to be without handcuffs, wearing a black hoodie and dark grey sweat pants.

At this time, RCMP do not believe Sampson to be a threat to the public, however is asking that if you see Sampson, please do not approach him. Call police immediately.

If you have any information regarding Sampson’s whereabouts please call the Windsor RCMP at 902-798-8366, or any RCMP Detachment or local police. Should you wish to remain anonymous, you can also contact Nova Scotia Crime Stoppers at 1-800-222-TIPS (8477) or text TIP202 + your message to ‘CRIMES’ (274637) or submit tips by Secure Web Tips at www.crimestoppers.ns.ca. Calls to Crime Stoppers are not taped or traced and if police make an arrest and lay charges based on a tip, callers qualify for a cash award.