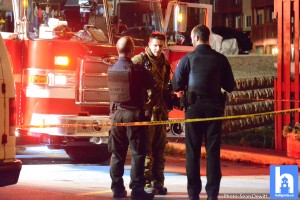 Just prior to midnight HRP officers were dispatched to assist Halifax Regional Fire in relation to a working fire in an apartment at 66 Highfield Park Drive in Dartmouth. 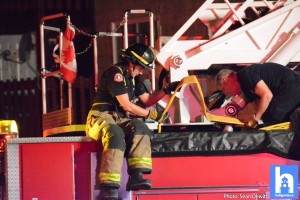 The residents of the building had to be evacuated but no one was injured. Fire was able to determine that the fire was deliberately set. 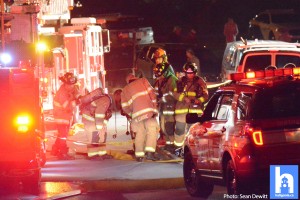 Police currently do not have anyone in custody. The matter remains under investigation. 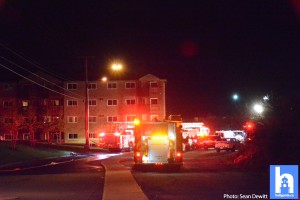 This fire involved a Multi-Unit Apartment Building. There were no injuries and no fatalities.  The ignition source was determined to matches or a lighter.  Fire investigators have determined the area of origin as multiple rooms.  The cause of this fire is classified as INCENDIARY.

Shortly after midnight a 21 year old male was cutting through a path behind TUNS off Barrington Street in Halifax. He was approached by three males who demanded his cell phone and money. One of the suspects stated he had a knife but none was seen. The victim yelled for help and ran from the area. The victim was not injured. Only description of the suspects was that they were white males. The matter is still under investigation.

Just after 1AM a 24 year old female was walking in the area on Duncan Street near Chebucto Road in Halifax when she was approached by a male who pulled a handgun out of his pocket and demanded money. The victim did not have any money and the suspect left the area. The victim was not injured. The area was checked by numerous units including K-9. There is no one in custody at this time. The matter remains under investigation. The suspect is described as an Asian male, 6′ tall, average build, approximately 22 years of age wearing a black hoodie, dark pants and a doctor’s mask. If you have any information about this incident or any others, please contact Halifax Regional Police at 902-490-5016 or Crime Stoppers anonymously anytime at 1-800-222-TIPS (8477) or by their Secure Web Tips atwww.crimestoppers.ns.ca or by texting a tip – Tip 202 + your message to 274637.