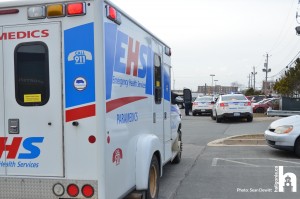 At 4:50 pm A 46 year old male Metro Transit Bus driver was walking towards the Bus Terminal to end his shift and was confronted by a group of approximately 10 youths. The driver was punched by one 16 year old male youth and kicked and punched by another 15 year old male  youth. The youths then fled the area going through the Sportsplex parking lot. There the youths encountered a second victim a 43 year old male. The same two youths punched this victim. The 15 year old youth took a pipe like object and smashed a tail light on this victims car. The same youth then threatened the victim with the pipe like object. 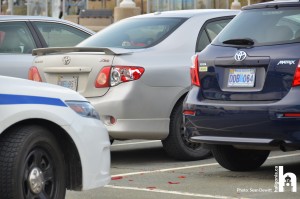 The 16 year old was arrested at the scene. 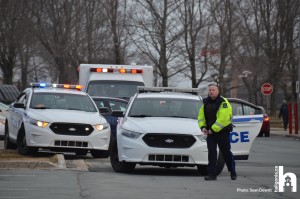 There were numerous witnesses in the area who assisted the victims and detained the 16 year old until police arrived onscene. The 15 year old was arrested at his home a short time later.  Currently the 16 and 15 year old youths are in custody both facing assault charges and the 15 year old is also being charged with property damage and assault with a weapon. EHS checked the victims but neither needed to go to hospital.  The youth are being processed and released on court orders to attend Halifax Youth Court at a later date. 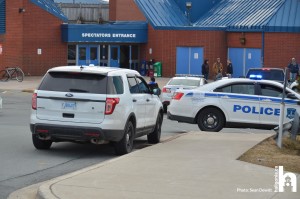