This was a fairly serendipitous YSC because the bulk of the meal was free! A friend of mine, new to Halifax, and the newest member of YSC is starting his residency at the QEII. A couple of weeks ago, he was working the ER when fisherman from Cape Breton came in with a jigger hooked into his hand. 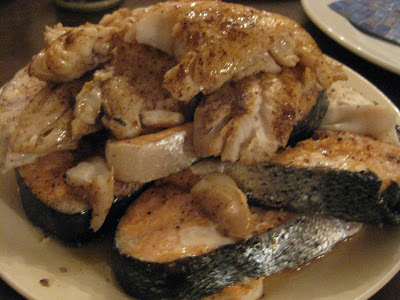 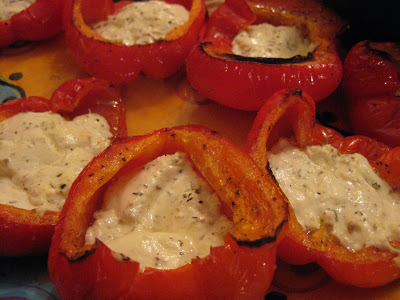 For some veg to go with our seafood buffet, I made some quark-stuffed roasted red peppers. – another simple side. Halve some red peppers and toss in olive oil & S&P and roast for 15-20 minutes until tender. In the meantime, mix a container of quark (or ricotta, or cream cheese) w/ 1 tsp Italian Seasoning, 1tsp. lemon zest, a dash of salt and plenty of fresh cracked black pepper. Fill the peppers w/ the quark mixture and put them under the broiler -watch them closely- and broil until the cheese is warmed through.

Back in June, I made a batch of applesauce to freeze for a rainy day- or in this case, an impromptu dessert. I defrosted the applesauce and served it over Vanilla Fro Yo w/ a drizzle of pure Nova Scotian maple syrup. An easy dessert to assemble, especially after several bottles of wine have been consumed! 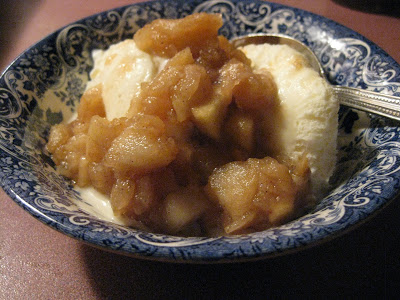