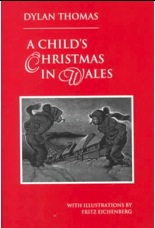 The staff of Woozles recommended the following 14 Christmas books as gifts for children for the upcoming holiday season.

With a mix of old and new, light-hearted and heart-warming tales, there’s something in the pages for all ages…

Auntie Claus and the Key to Christmas, by Elise Primavera
The third book in the Auntie Claus series. Young Christopher Kringle doesn’t believe in Santa Claus, but little does he know that his Auntie Claus is actually Santa’s older sister! He embarks on an adventure to the North Pole to find out if he made the “naughty” list and learn that giving is better than receiving.

Fancy-Nancy Splendiferous Christmas, by Jane O’Connor and illustrated by Robin Preiss Glasser.
Nancy is excited to decorate the tree this year. Why? She bought her very own tree-topper out of her own money. But things don’t exactly go as planned. Part of the Fancy Nancy picture book series.

Great Joy, by Kate DiCamillo; illustrated by Bagram Ibatoulline
Frances listens as an organ grinder (a 19th century street performer who plays the organ) plays outside her window. Later when she sees him sleeping on the street in the cold, she feels she must do something about it.


How the Grinch Stole Christmas, by Dr. Seuss
The classic Christmas tale about a creature with a heart two sizes too small and devious plan to steal all the Christmas presents from the town of Whoville.

Merry Christmas Splat, by Rob Scotton
Splat the Cat volunteers to help his family with the Christmas preparations, but has he been good enough this year to get a really big present?

Slinky Malinki’s Christmas Crackers by Lynley Dodd
Slinky the cat was curious when the Christmas tree, adorned in all sorts of hanging trinkets and bows, was put up in his house. Curious enough that he starts to climb it…

Stick Man, by Julia Donaldson; illustrated by Axel Scheffler
Stick Man is mistaken for things he is not: a snowman’s arm, a dog’s play toy, kindling…but will he get home in time for Christmas?

The Best Christmas Pageant Ever, by Barbara Robinson
The six Herdman children are an unruly sort and are always getting into trouble. After showing up at church for the first time because they heard there were free snacks, the children get drafted into the annual Christmas pageant. The story of the nativity will never be the same again.

The Christmas Magic, by Lauren Thompson; illustrated by Jon J. Muth
A story about Santa Claus as he prepares the North Pole for Christmas.

The Christmas Miracle of Jonathan Toomey, by Susan Wojciechowski; illustrated by P.J. Lynch
Scrooge-like Jonathan Toomey thinks Christmas is “pish-posh”, but this changes when a seven year old boy asks to help him craft a Christmas crèche (the nativity scene).

The Little Match Girl, by Hans Christian Anderson
A sad story about a girl who can’t sell enough matches to sustain her family, and decides to light some to keep warm in the snow. In the light, she sees happier visions of Christmas.

The Polar Express, by Chris Van Allsburg
A young boy travels to the North Pole by train with other children, hopeful to discover if Santa Claus really does exist.

The Spirit of Christmas, by Nancy Tillman
A Christmas tale about the most magical gift of all—spending time with people we love.