As the month of May wanes and we come to the end of our Asian Heritage Month celebrations, I want to make note of my 5 last recommended titles for reading. These ones are a bit different: they’re not ones I’ve already read, rather they are on my “to read’ list. Maybe they’ll end up on yours too! 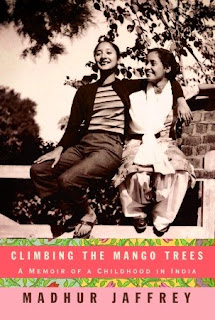 Climbing the Mango Trees by Madhur Jaffrey – I haven’t talked much about nonfiction in this series of posts, but this is a biography that I’ve been wanting to read since its release last year. Madhur Jaffrey is a well-known (okay, I guess a celebrity) chef who has turned a lot of people onto cooking Indian cuisine. This is the story of her childhood in India – specifically in Delhi and Kampur and is filled, alongside other biographical details, with descriptions of the cuisine of her family and region. The biography also includes some recipes, or you may want to check out one of Jaffrey’s cookbooks as a companion. 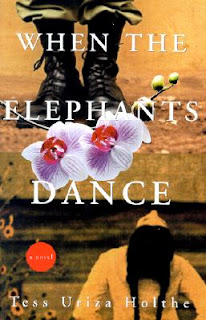 When the Elephants Dance by Tess Uriza Holthe: what chiefly interests me about this book is its depiction of an event and a culture which is not much explored in English language literature: he Philippines at the close of of World War II, as America and Japan battle for control of the country. The title refers to a quote the main character’s father speaks “when the elephants dance, the chickens must be careful” and the story tells with insight the experiences of everyday Filipinos caught in this battleground. This is an award winning first novel which Publishers Weekly magazine described as: “Grounded in Philippine myth and culture… filled with beautiful, allegorical stories told by the story’s elders, who try to share wisdom and
inspire their captive audience in the midst of gruesome violence.” 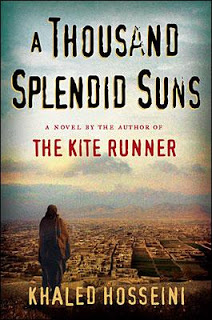 A Thousand Splendid Suns by Khaled Hosseini: Hosseini’s The Kite Runner was published to critical acclaim in 2003 and became an internationally bestselling novel. Billed by its publisher as “the first Afghan novel to be written in English”, The Kite Runner told the story of two young boys from different  economic backgrounds growing up in Afghanistan. The story is a moving and informative look into a country that is very much in the minds of Canadians, but which Canadians have little first hand knowledge of. Of this much beloved novel, one of the only negative comments I’ve heard relates to the lack of women characters in the novel. A Thousand Splendid Suns, Hosseini’s second novel, serves to counter those criticisms as the story of two women in Afghanistan, through 30 years of personal and political strife. Publishers Weekly called it: “a powerful, harrowing depiction of Afghanistan, but also a lyrical evocation of the lives and enduring hopes of its resilient characters.” 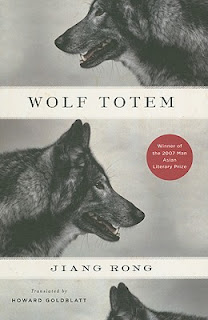 Wolf Totem by Jiang Rong: this happens to me sometimes, I know the reputation of a book without knowing much about the plot and the reputation alone makes me want to read it. That’s the case with Wolf Totem, which was a hugely popular in China and which won the first ever Man Asia Literary Prize (popularly referred to as the Asian Booker) in 2007. And that is kind of all I know about it. But to give you a bit more of a taste, here’s summary from the book jacket:
“An epic Chinese tale in the vein of The Last Emperor, Wolf Totem depicts the dying culture of the Mongols – the ancestors of the Mongol hordes who at one time terrorized the world – and the parallel extinction of the animal they believe to be sacred: the fierce and otherworldly Mongolian wolf.”
(The library also has the book in our collection in Chinese – under the title Lang tu teng) 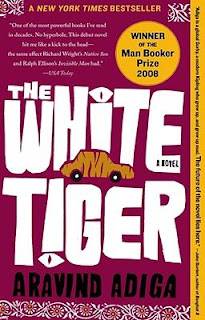 The White Tiger by Aravind Adiga: Last year’s Man Booker Prize winner is the story of Balram Halwai and how he rises from poverty in modern day India. “Balram’s eyes penetrate India as few outsiders can: the cockroaches and the call centers; the prostitutes and the worshippers; the ancient and Internet cultures; the water buffalo and, trapped in so many kinds of cages that escape is (almost) impossible, the white tiger. And with a charisma as undeniable as it is unexpected, Balram teaches us that religion doesn’t create virtue, and money doesn’t solve every problem — but decency can still be found in a corrupt world, and you can get what you want out of life if you eavesdrop on the right conversations.” (Publishers description)