I just got back from a vacation in Ireland and of course this required a full examination of the nations’ foodstuffs!

Breakfast is serious business in Ireland. In the south, you’ve got your full Irish breakfast. This varies somewhat but may involve:

These should all be fried up in the same pan with some butter.

My introduction to this cultural phenomenon was at O’Neill’s Pub in Dublin, which advertises a “Really Good” full Irish breakfast (€10.95/$16). We got it for the midweek special price of €6.95/$10. This came with a “Dublin potato cake” instead of hash browns. 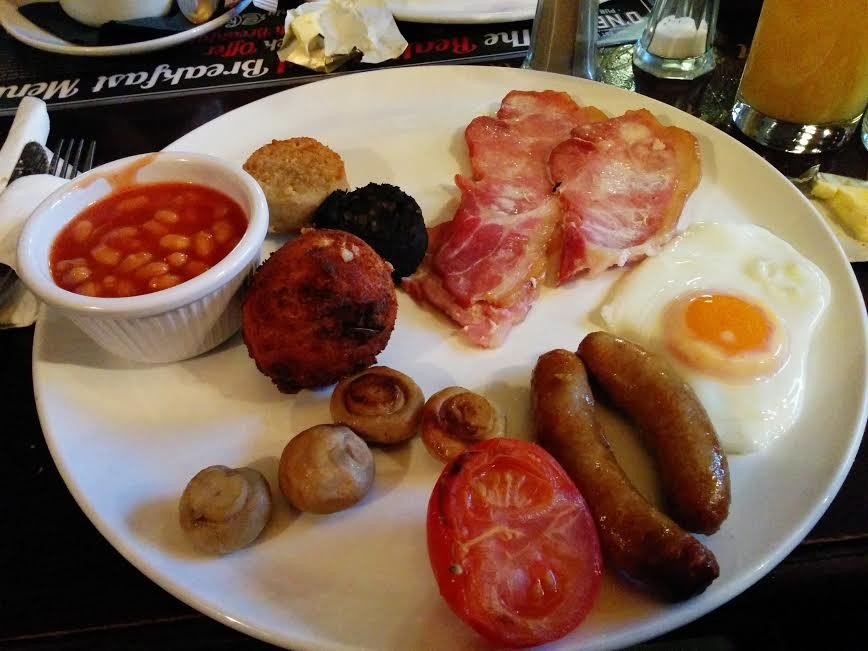 In Northern Ireland you’ve got your Ulster Fry, which defies the temporal breakfast designation. It can be eaten any time of day, and is common at high tea. It differs from the full Irish Breakfast in that it is always served with fried soda and/or potato bread. We had a modest but tasty fry at our bed & breakfast in Enniskillen at the Drumcoo House B&B. 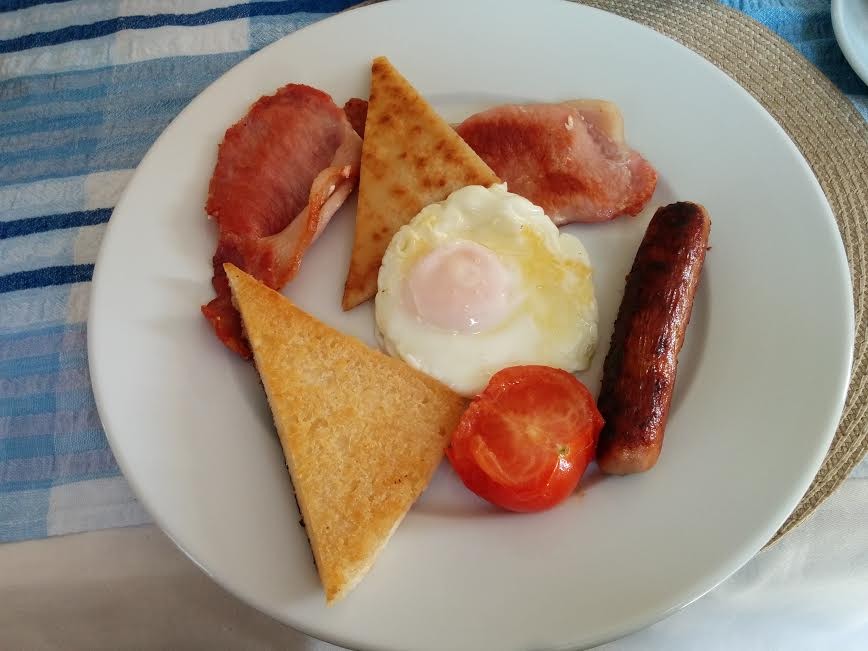 You can usually find a good breakfast buffet at Irish hotels, like this one from the Jury’s Inn in Belfast. 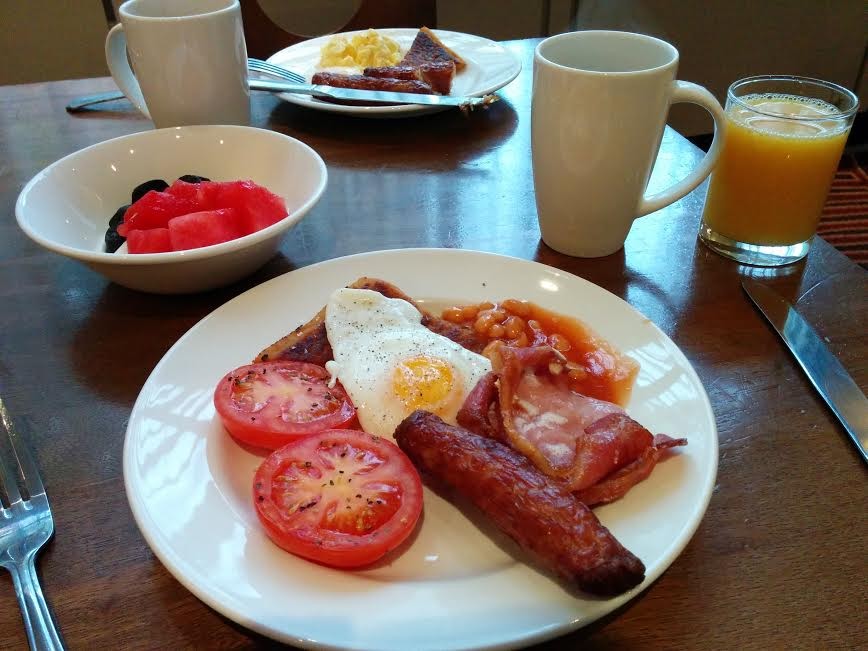 The best breakfast of our trip was at Murphy’s Pub B&B in Dingle. Or so I’m told. I went for the smoked salmon breakfast and missed out. But my reports tell me that this was superior bacon, and the extra egg and sausage were appreciated. 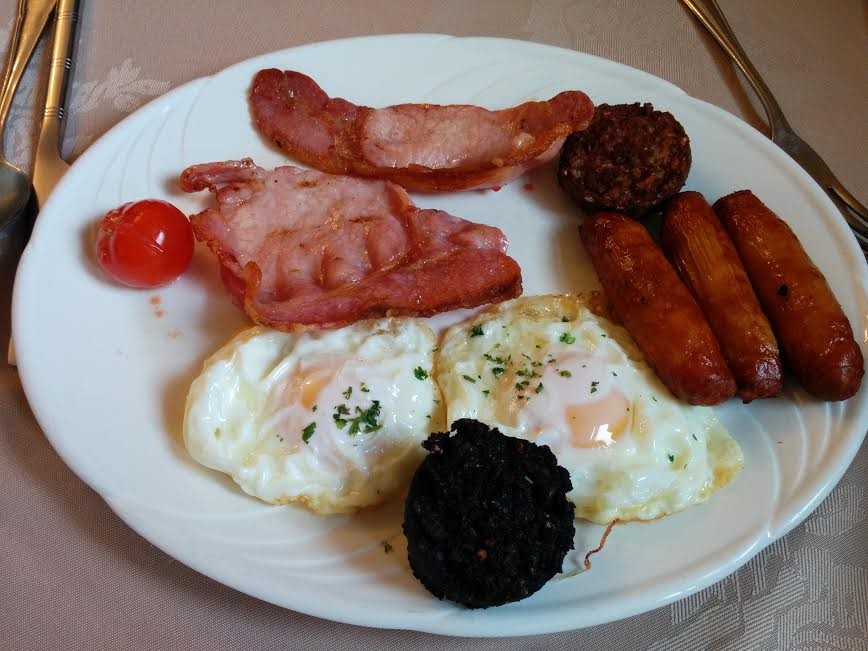 The Irish are also pretty serious about breakfast in sandwich form. A full Irish breakfast is commonly stuffed into a baguette and called a “breakfast roll”.

These are widely available at convenience stores like Spar and Centra which have Irish breakfast foods ready in hot trays.

This breakfast roll is from a Centra in Limerick and has fried eggs, sliced sausages, bacon, hashbrowns and black pudding. This was €5 (or roughly $7.00).  You can get it dressed with ketchup or “brown sauce” (i.e. HP sauce) if you want. 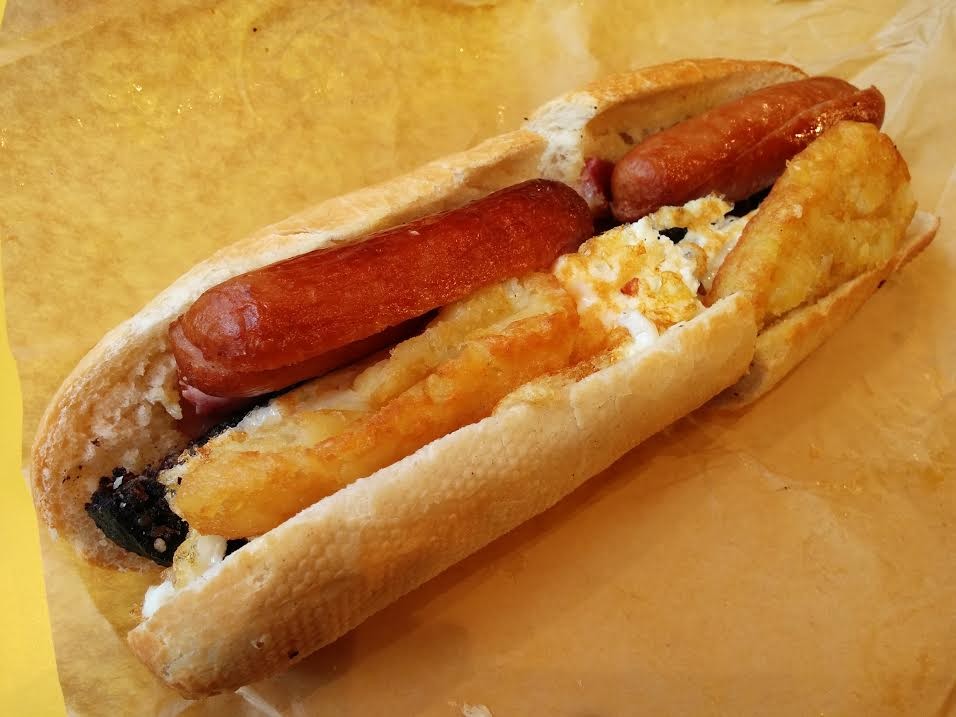 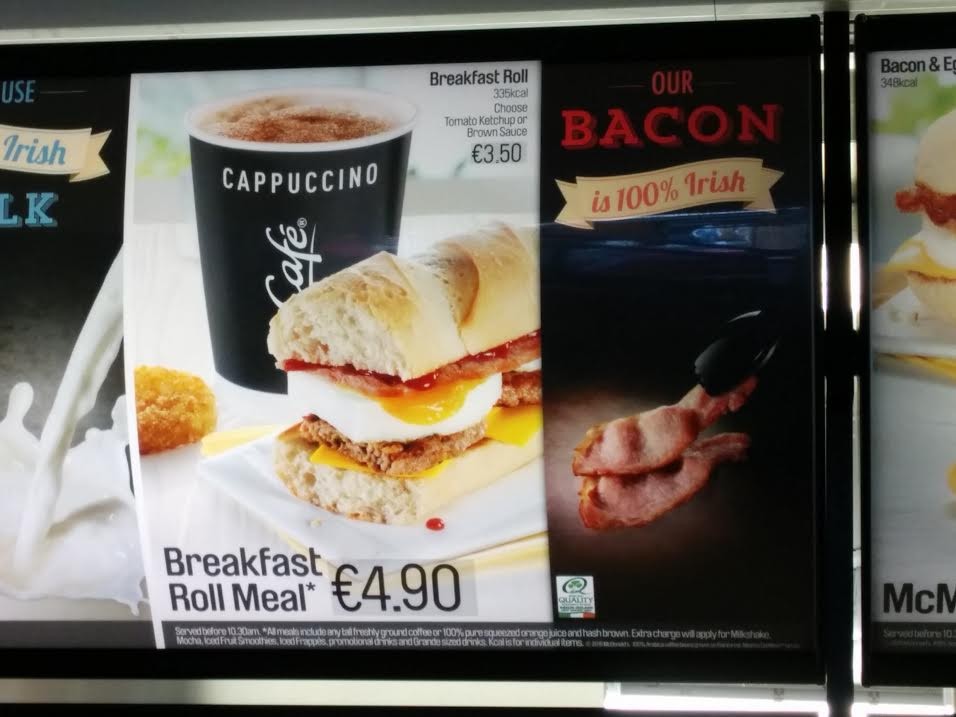 Irish breakfasts can also be stuffed into “baps” (bread rolls). In Waterford there is a special kind of bap called a “blaa” that is protected by the EU (some would argue that it’s technically not a bap – that’s a discussion for another time). Here is a breakfast sandwich made from a blaa at a Spar in Waterford. 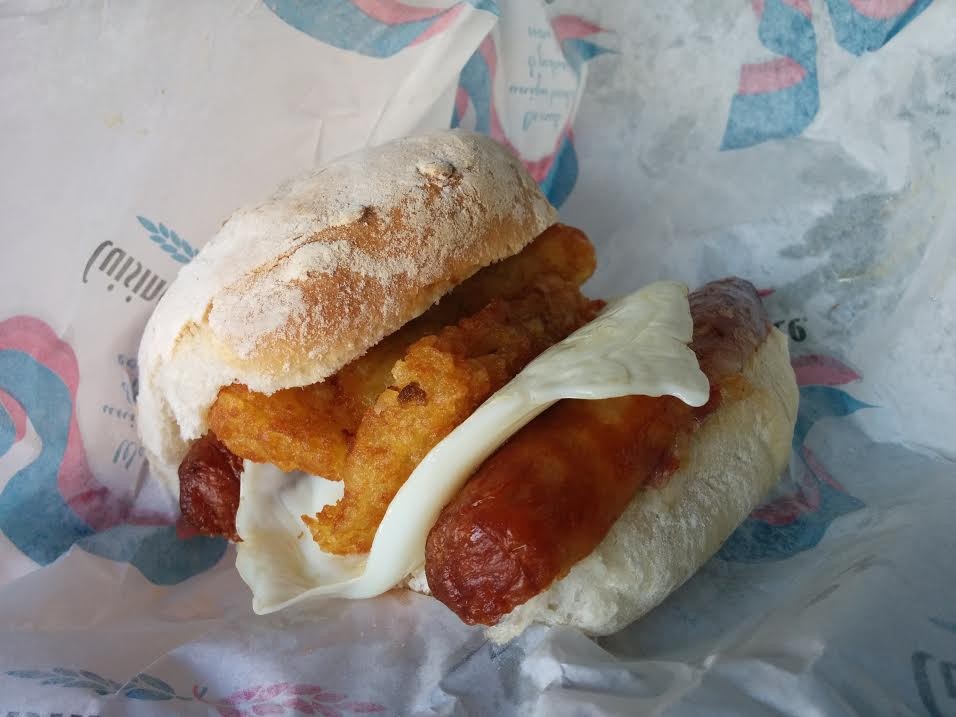 A floury bun with sliced sausage links, fried egg, hashbrowns and bacon – what’s not to love?

Next – I’ll take a look at Irish pub foods!