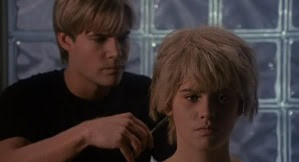 Such are the activities of the unsavoury and obstinate creep! Items such as “have more nightmares about Bette Davis” and “acquire more VHS” have been solidly realized, while actions like “pack away your apartment” and “cut your hair, you be-mulleted goon” remain unmet. (“Woe!” — J. Lawrence)

I usually fall in and out of love with Halifax on a weekly basis, but the past little while has been good, in terms of occupying my time and keeping me from constantly wondering: Barney and Robin… WILL THEY OR WON’T THEY?!

In typical Lauren-fashion, here is what should have been several blog entries, condensed into one paltry bulleted list:

*International Record Store Day was last Saturday, and I was lucky enough to spend it at Taz Records, which was stuffed to the gills with bike ridin’, scarf wearin’, greasy hair’ed locals. We were treated to tunes by the fantastic Tom Fun Orchestra and the always charming Joel Plaskett who debuted a few songs from his new record, Three. In the spirit of Record Store Day, I looked through a weird assortment of vinyl and ended up leaving with four soundtracks: Ghostbusters, Lost Boys, The Cincinatti Kid, and Manhatten. Expect future dance-parties to come of this. Yeeeaaaah, Gershwin! 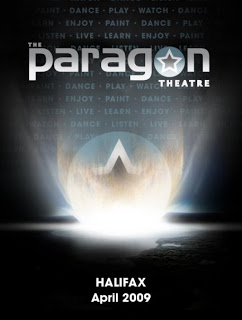 *Retro Night returned to the Marquee… I mean the Paragon Theatre… whatever. This has always been my favourite “dance night” in Halifax, but I am a little peeved at the way the “new” building looks and added “policies” like the $2 mandatory coat-check are a little lame. The main floor has been divided in two, leaving much less space for patrons. More than one person I invited ended up getting turned away quite early because the club was at capacity. I’ll still be going to Retro Nights, and I am glad that the Paragon is bringing in great acts like Tom Fun, Hey Rosetta!, and Elliot Brood, but I’m definitely not getting in line to buy a “star pass“.

*Thrillema in Dartmouth will be no more after next week. Sigh. I am pretty sad about that, as, if you haven’t guessed already, I hail from the Darkside, and enjoyed seeing fun movies in the theatre I frequented for many, many years. The last Dartmouth Thrillema screening will be Conan the “Dartmouthian” Thursday at 9:00 PM. Last week’s showing of Jurassic Park sold out at 7:45 pm due to huge pre-sales and weirdos like me showing up an hour+ early. My fake Sam Jackson arm and raptor shirt did not garner me a prize, but I had an alright time just the same. One thing that bothered me, slightly, was the loud mocking of the movie some people engaged in. I mean, I get that with some movies which are now seen as corny, or are purposefully campy, but, for me, Jurassic Park is a solid movie that deserves some respect. Yes, Lex was dumb for turning on the flashlight, but IT IS A MOVIE and not real life, so try and enjoy it instead of offering your method of avoiding T-Rex attacks to the entire theatre. Also, you know, SIR Richard Attenborough. RESPECT. 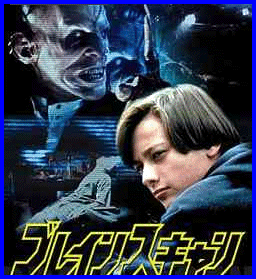 *People are beginning to not give me the side-eye when I mention Twitter. ‘Cause, you know, if Oprah‘s doing it, it can’t be that weird. Tweet-ups have been very fun, and I’m very pleased with the encouragement that I’ve received regarding my feeble attempts at conquering the interwebs with 140 characters. Upcoming events include one that I can help but think I inspired: ’80s Games Night! Complete with a screening of the epic film THE WIZARD and maybe-if-they’ll-let-me BRAINSCAN (’90s, but with Furlong and a “killer” CD-ROM, can you lose?). Be warned: my scrunchies will be EXTRA scrunched, my colour palate with be neon and glitter, and I have three pairs of Wayfarers waiting for me at home. Don’t switch the blade on a guy in shades, oh-no!

Yes, it’s all fun and games until someone gives you a box of VHS and you must hermit like a pro to get through them. As my movie list for the year grows steadily and I begin to forget the outside world in favour of watching Flowers in the Attic on repeat, I cannot help but be concerned. And then there goes my blog-fodder, unless this becomes a “secret diary” for Kristy Swanson and her weirdo closet family. Unfollow while you can!

A Tracklist of Waste and Despair
https://haligonia.ca/a-tracklist-of-waste-and-despair-1778/