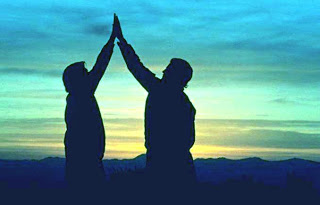 There are a few things we need to talk about.

1. Che part one and two are currently playing at the Oxford, with back-to-back showings. That’s 257 minutes of Benicio’s scraggly beard. I don’t tend to enjoy Steven Soderbergh’s movies that much , but these two sound better than solid. A poster on the outside of the Oxford tells me that Public Enemies is coming soon. Johnny Depp is a notorious bank robber and G-man Christian Bale is going to take that sucker down. This is coming from the writer and director of Heat, my favourite “cops and robbers” movie, so I expect good things.

2. The last Dartmouth Thrillema was good fun, and a little bittersweet (there’s a few photos up on my Flickr). Empire 6 is now offically closed, after almost 20 years of entertaining the good folks of Dartmouth. I had a lot of fun at that movie theatre. I laughed, I cried, I threw handful of Fuzzy Peaches across the aisle at the annoying girls from school. RIP Empire 6, and F-U Dartmouth Crossing.

3. One of my favourite bands (of high school) might be coming to Halifax with the now-confirmed Virgin Festival. The rumoured line-up is: Stone Temple Pilots (yay!), The Tragically Hip (ok!), The Offspring (what?), and Matt Mays (does El Torpedo exist anymore?). I predict that if this is the real line-up, concert-goers will be extreme jerks. Myself include. Look out.

4. Wolverine, Star Trek, and Terminator: Salvation all premiering within the same month is too much for little nerd heart. I’ve already seen the admittedly-lame Wolverine twice. Not good.

5. My adventures in VHS haven’t been progressing very quickly, but I’ve managed to sneak in a few good movies. Out of the lot, one of the best has to be Straw Dogs. It’s one of the strongest films I’ve seen in a while, resting on a rising wave of tension that explodes into gruesome violence (I think Kevin from Home Alone studied this movie well). Hard to believe this came out in 1971,

6. I will be re-appraising Retro Night at the Paragon Theatre this weekend. They got rid of the ridiculous mandatory coat-check that was bringing everyone down last time… smart move. Enjoy your weekend, folks