Home / Archives / With Bite / All you can eat sushi at Zuri 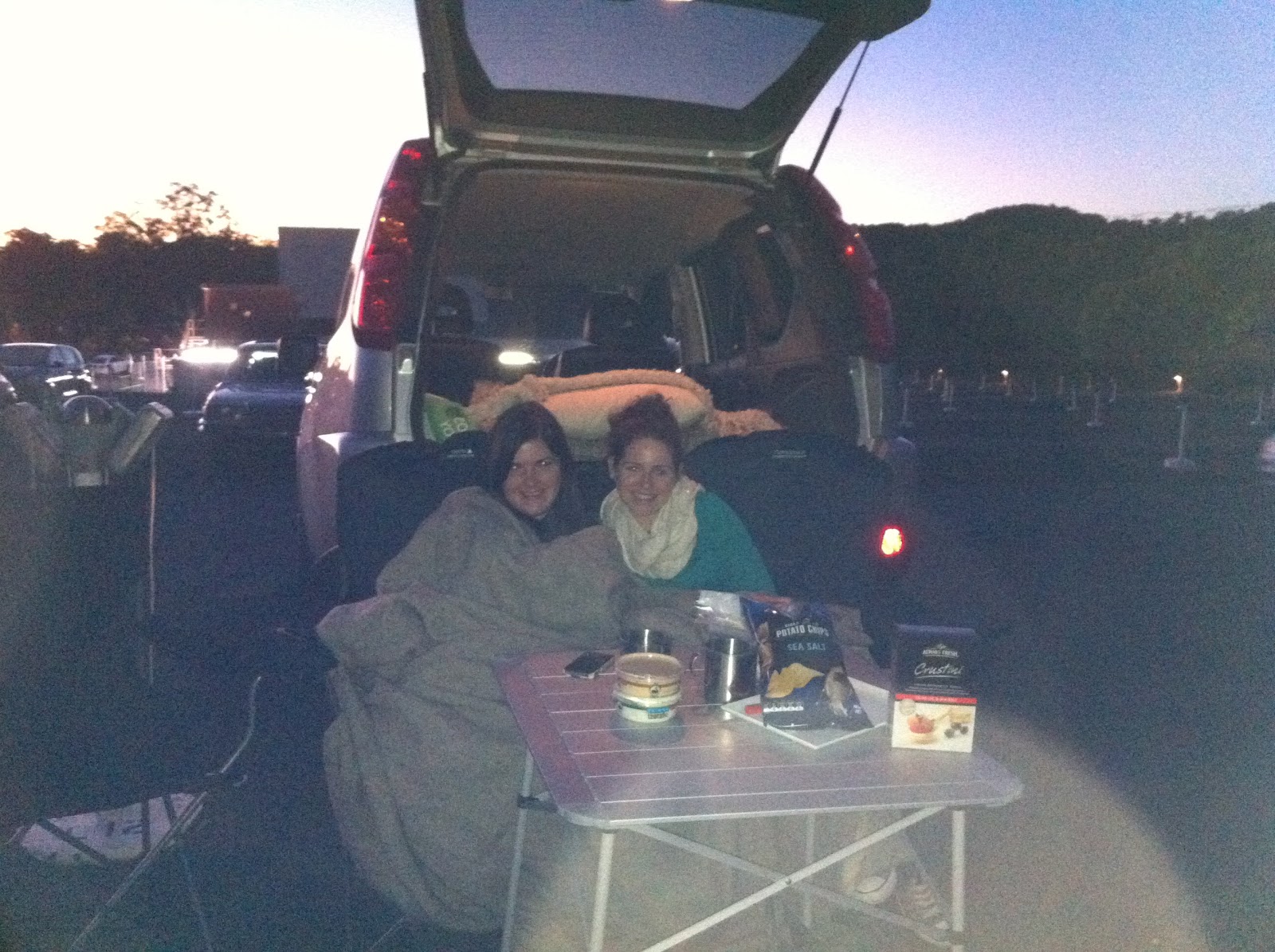 All you can eat sushi at Zuri

One of the things that I love so much about my pals Maria & Josh is that they’re constantly doing new, fun, adventurous things.  Case in point; the drive-in.  On a slightly chilly night in July, we found ourselves well-prepared for a triple flick (although I was having quite the issue trying to stay awake by movie #3).  It may not have been the best idea since M & I were both super sick with colds, but we wrapped ourselves in a woolen blanket and hunkered down for the night.

Of course, no movie is ever complete without snacks, and M & I do like our snacks, so we came armed with some Stilton, sliced apple, veggies & dip, and…a sleeve of chocolate chip cookie dough…  Since I consider popcorn a food group, we got some of that as well. 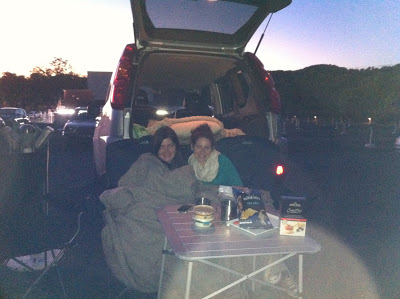 The next night, M & I hit up Zuri Bar & Dining on Brunswick for their Wednesday night special of ‘All-you-can -eat sushi’.  For $19 and the purchase of a drink, the staff will bring you endless platters (from a limited menu) on which to snack.  This was my first experience with sushi in Oz, and I was surprised that so much of it contained cooked meat and seafood. 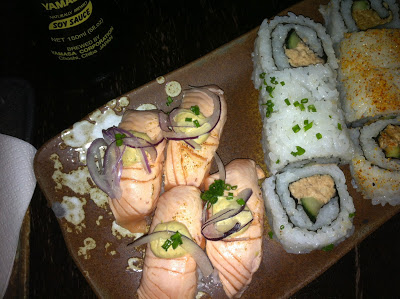 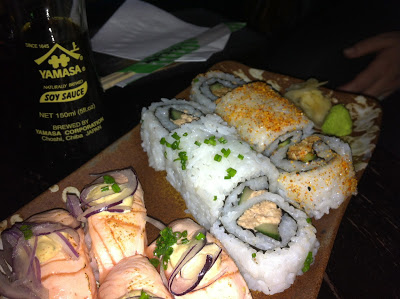 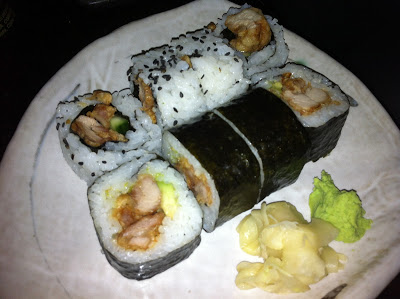 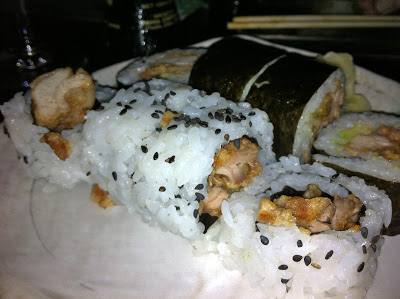 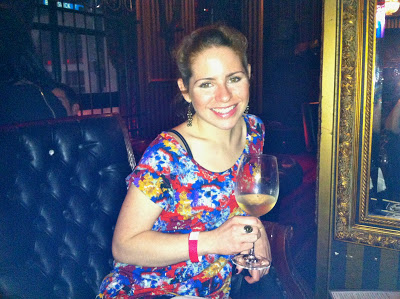 We also chose a btl. of Rolf Binder 2011 Riesling from the Eden Valley since Riesling is an iconic pairing for the spicy red chilies so often found in Asian cuisine. 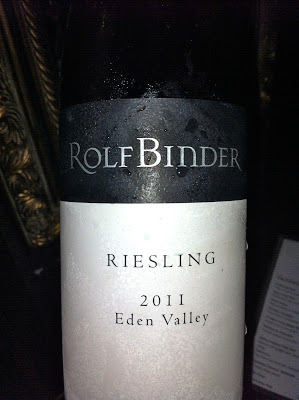 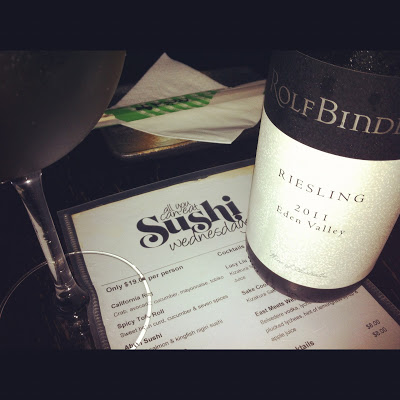 This was a great night out since the company and the wine were fantastic.  I was lukewarm on the sushi, since I generally go for sashimi, which wasn’t an option.  Still though, this would be a great venue to take someone just getting used to sushi and raw fish since it was mostly of the cooked variety.