When my pal proposed that we have a “girlie night” I didn’t know quite what was in store.  Granted, I was super tired – having just come back from an amazing sailing trip around the Whitsundays – so if she was proposing some wine, cheese and doing our nails on this particular evening, I was all for it.  But when she suggested dinner and a movie, I mustered the energy to look presentable and head out for a nice tapas meal and a good chick flick.

We ended up at Cabiria, a lovely little resto at The Barracks in Brisbane.  I think one of the reasons that M and I get along so well is because we have such similar taste in food; a good wine and a few snacks are all we need to have a pleasant evening – plus good company too! We got to Cabiria at about 7ish and set about deciding on our tapas.  Once that priority had been actioned, we decided on some vino; I chose a French Rhone blend while M went for a cool climate Aussie Pinot Noir.  Both wines were nice choices for the array of flavours; rich, salty, meaty and sweet.

When our snacks arrived, we had quite the spread: a lovely meat and vegetable terrine, some ‘devils on horseback’ and a big chunk of Manchego cheese.

The Country Terrine was fantastic!  Wow.  One meat that I really do enjoy is rabbit, especially when said meat is in the luscious rillette-type consistency.  Merged with earthy, meaty mushrooms, creamy white beans and wrapped in salty bacon, a bite of terrine atop a crunchy toast was divine – especially when said toast was slathered in date puree. 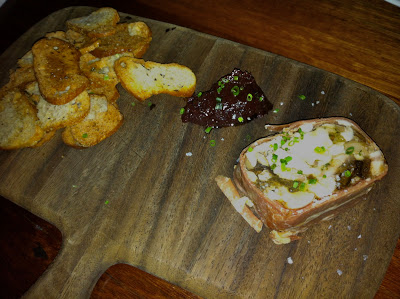 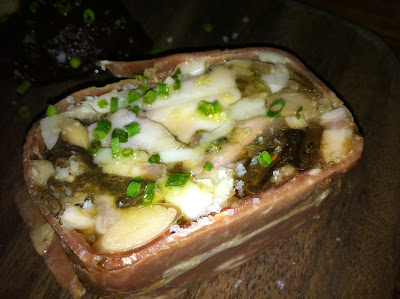 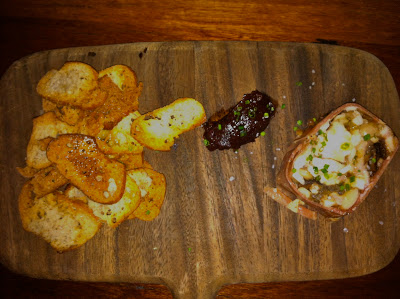 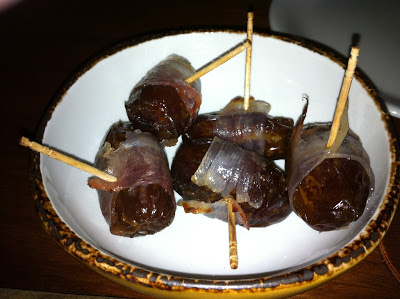 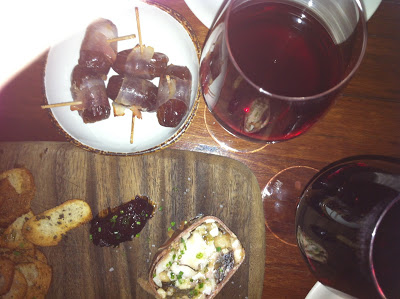 These ‘devils on horseback’ were delicious – and a great snack to make at home too.  The sweet, meaty dates were wrapped in paper-thin sheets of salty Speck; a salt-cured, smoked ham originating in Italy. 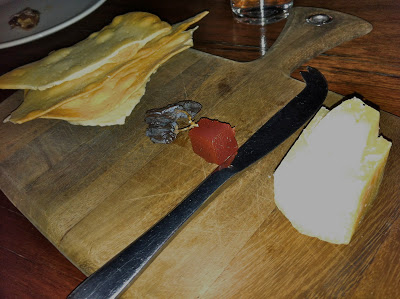 How can you go wrong with cheese?  When our original order of Truffled Pecorino from Italy wasn’t available, we opted for this hunk of Manchego; a Parmeseanesque sheep’s milk cheese from Spain, which share’s Parm’s nutty, salty bite.  This was served with some quince paste, and crisp pita-type bread.

And on to the movie theatre, where there is more than just popcorn and M&Ms.  At the theatre in The Barracks, one can order a deluxe cheese plate w/ crisps, bread and jams…(bottom) 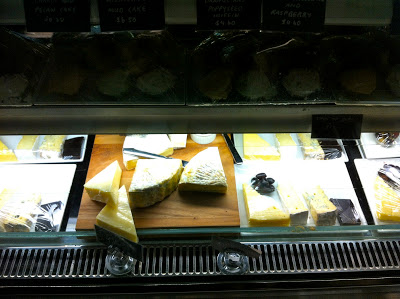 Or baguette served with a trio of dips..(Top) 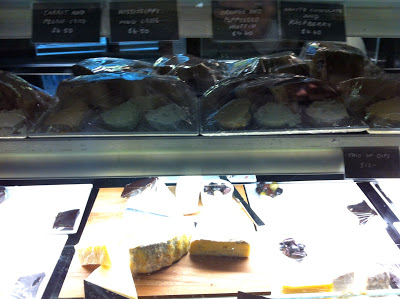 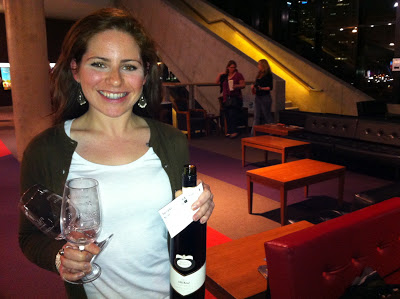 What a treat!  Once in the theatre, we sat back in our seats; cracked open our bottle of shiraz, and relaxed for a couple hours.  Movies and wine? It was almost as though we had stayed in after all.