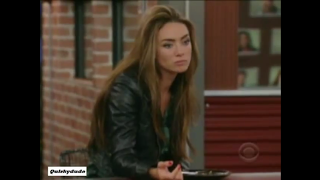 Vote 6-4? – “Wait, but how, because, you said, and I thought, and then…”
After the vote to evict Keith was revealed to be 6-4, the Newbies’ math skills went haywire. “Wait, if all six of us said we would vote Porsche but Keith was voted by six, then, mon Dieu! Saboteur.” In reality the audience knew that it was Shelly and Kalia but watching the Newbies in the asylum room look at each with a suspicious face was hilarious. But nothing was funnier than Lawon’s face and him saying, “I stuck my ass out! Guess what? It’s on and crackin’.” Let me translate: “I am hurt to find out that a few of you have gone back on your word. I am now informing that this game is now on like Sir Regional Donkey Kong.”
I still can’t believe that the Newbies just gave up their ratio like that. I know Keith was annoying, but the Newbies will be picked off for the rest of the season. What did Shelly and Kalia really have to gain?
Dominic and Adam do not trust each other now and each one thinks the other is one of the “mystery” votes. You know what would really solve this problem for Adam and Dominic? It’s not talking to Shelly, that’s for sure. How about talking to each other? You’d be surprised what happens when you communicate to each other. After I spoke with my roommate Sarah about her lack of dish washing we concluded that she is only capable to eating off of paper plates. Next, I will teach her how not to get splinters while eating off the paper plate. Fingers crossed!
Adam and Dominic started a solo game and go for broke. Both separately approach Jordan and Jeff and tell them their allegiance is too them. However, Adam reveals to the Veterans that he didn’t vote their way last time. What is wrong with him? Just lie and say you did it. Dominic’s pleads remind me of a guy who is asking a girl on a date but not asking her on a date, “Listen, my back’s against the wall so what do you want to do?”
My New Favorite Housemate: Classy Cassi
I decided that my favorite player of the game is Cassi. She is very smart and strategic and doesn’t seem like a floater. What I am most impressed with is that she is not intimidated by Rachel. The scene of the two of them in the kitchen was very telling. Neither of them spoke a word but as Rachel looked nervously into the camera,

I wish I could look that good eating cereal. Maybe Cheerios should sponsor her. The only cereal company that would sponsor me would probably be Sadios or Cookie Crisp.
Rachel definitely has it out for Cassi. She tells Porsche in the store room that Cassi said that, “No one likes Porsche.” And Porsche says how she doesn’t care that there is a “We hate Porsche Club,” and then, oh crap, the bell just rang I have to get to biology class, let’s talk about this later on ICQ.
Dominic + Danielle = A slight flirtation
So I was surprised to see that Dominic and Danielle are starting a little friendship. Danielle did say that she would try to be friend’s with the Newbie’s after she got the Golden Key but this friendship seems somewhat genuine. Romantic? I am not sure. I feel like she is much older than him but he is 25 and she is 24.
Danielle tries to gentle sway Jordan and Jeff to not put up Dominic and Adam on the block. But are her wishes granted?
Super Boo-Key to the rescue
I guess the house can be pretty boring for the housemates so Brendon and Dominic put on a performance acting like superheroes. Super Brendon has to rescue his best friend Franklin the Turtle from Dominic. Once Franklin is returned Brendon and Dominic begin to dance. And somewhere in Canada Paulette Bourgeois is speaking with her lawyers. You know when Hollywood runs out of making sexy teen novels into movies, rebooting old movies, turning comics into movies, and letting Kevin James star in anything, maybe they could start working on making this a movie.
Ants come marching one by one
Today’s Have/Have Not competition has the houseguest be ants at a giant picnic. The partners wear shared coveralls. Think sharing a Snuggie with someone you don’t want to Snuggie with. Together while being attached they had to go through an obstacle course to retrieve picnic crumbs. This involved rolling over a large sandwich, crawling through a can of beans, and hoping over a hot dog. This competition got pretty messy pretty fast. Partners were toppling over each other and bodies were being bruised. They were also being sprayed by ketchup and other liquids, then I thought, how many guys right now wish Porsche and Cassi were partners? And guess who won? Brendon and Rachel! I have to admit they are a good team. This Have/Have Not competition had Brendon and Rachel chose who would be have nots. They chose Shelly and Cassi and Dominic and Adam. Guess who did the worse? Sass and the City did so bad that the two couldn’t even get out of the bean can and had to have their jump suit cut. Kalia thought she broke something and the BB medic was like, “Here’s a cold compress.” And then the BB medic disappeared.
Nomination Time
Jordan spoke with her alliance throughout the show and some wanted Cassi and Shelly up others wanted Dominic and Adam. Jordan thought a lot about it and decided putting up Dominic and Adam was her safest bet. She said it was her gut feeling. My gut is telling me that an English muffin was not enough for breakfast.
Who will win veto? Will Rachel and Cassi ever speak? And also, where can I get that bedazzled headband Lawon wore?
Other Thoughts
Jeff was very proud of Jordan for winning the HOH and thinks it shows how strong she is. Umm, didn’t you and Brendon throw the competition?
I hated Rachel pretending to be dumb and saying to the Newbies “There are sides to the house?” I would have said, “Yeah there are sides to the house, like there are sides to my hand.” And then proceed to give a back handed slap then a solid open face.
During the show a fuse popped in my apartment and I had to play little miss electrician so I missed a bit of the show. Thank God for quick uploaders.