Two hours and seven minutes. TWO HOURS AND SEVEN MINUTES? Are you kidding me, American Idol? That’s ridiculous. My goal, watching this on DVR after the series finale of The Office, was to get through it in under 45 minutes.

If you’ve seen the finale, click through for a quick recap.

This has been a great season for women, and a wonderful season overall. Lots of talent, and it’s too bad that the ratings were down so much. Both women looked beautiful, and while I was rooting for Candice, I like them both. 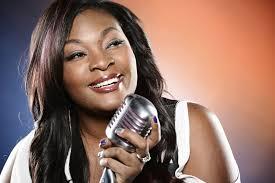 So. The winner is Candice Glover! I’m super happy. No one deserved it more. Yay! THREE YEARS! I can’t believe this amazing vocalist didn’t make it through two prior years, and then won the whole damn thing.

I watched a few of the performances (though I took the liberty of skipping over the top five guys performing together).  Candice and Kree’s duet was a little weak. They’re both talented ladies, but very different. Their voices don’t go great together. Candice and J-Hud, however, well I could watch that on a loop all day. Unfortunately, Kree didn’t get as good a pairing – Keith Urban? Really? It was rather lackluster.

I liked Amber’s song, even though I don’t know who Emeli Sandé is. I liked how Amber sounded on the song, and I liked Keith’s nerdy dancing even more. Someone please make Amber a pop/R&B star. I liked Angie’s performance with Adam Lambert better than her song with Jessie J. I really just thought that the Aretha Franklin performance was a bit sad. She’s cancelled performances recently due to health problems, and certainly didn’t seem well.

This season was so great, if I were to stop watching the show now I’d feel like I was going out on a high note. Rather than feeling disgusted with a string of weak winners, I watched a season filled with talent and the right woman won.