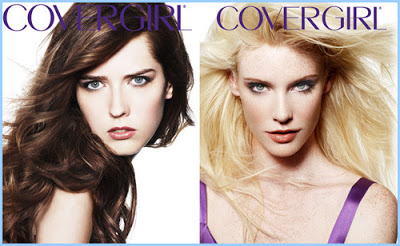 This is going to be an unpopular opinion, but I’m nothing if not honest.
I would have chosen Chelsey to win.
Now before you go freaking out, calling me names and emailing me pictures of Ann with her sad sandwich, let me say that I like Ann. I am happy for Ann. I just don’t think she was the better model.
It all comes down to what you’re looking for, I guess. Chelsey was the talent and Ann was the discovery. Chelsey is a professional model who would have been ready to work straight after winning ANTM. She looks like a model in person. She has knowledge of the fashion industry and the drive to put up with everything that comes with working in that industry. She comports herself well. She takes great photos and has a strong walk. She would have been a solid winner. Ann, however, has some work to do. She doesn’t look like a model in person. I’m sorry, but she doesn’t. When she met with the modeling agency she was wearing lousy clothes, had dark circles under her eyes and acne on her chin. I’m not saying a model can’t be flawed – everyone is. But a model should know how to dab on a little concealer and pick out an outfit that is not so reminiscent of Dexter Morgan’s kill clothes. Ann also has an awful walk. I do not think she looked good on the runway. Ann needs to work on showing personality when in a meeting or interview. But Ann takes breathtaking photos. Ann is a discovery. She’s the diamond in the rough, but she still needs a lot of polish.
So it all depends on what they want. The judges made a choice, they chose Ann, and that’s fine. She was a top contender all season and was certainly not undeserving. But who do I think would book more jobs? Chelsey.
Swan Song
The episode focused a lot on Ann and Chelsey’s themes from the season. Chelsey knows a lot about fashion and has been trying to be a model for a very, very long time. People used to make fun of Ann, but now she’s learned she can actually do this. It’s a little one-dimensional. I mean, Ann’s story is nothing new. We heard that exact narrative from Bloody Eyeball Nicole a couple seasons ago. And why did it take until the final episode for us to learn that Chelsey has always been told she’s too pale, too freckled or too gap-toothed? That’s new information. Ann told us that winning ANTM would take over from graduated from high school as her biggest accomplishment in life, and I wondered how old she is. 19. So I guess that’s acceptable. 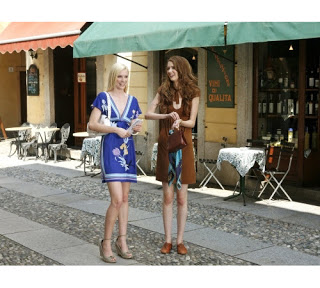 First the girls did their Vogue Italia shoots, which they both seemed to rock. The shoot played to Ann’s strengths, since she’s definitely more high fashion than Chelsey. Next up was the infamous CoverGirl commercial, which was actually bearable this year because, shockingly, they decided to shoot it like a real commercial. The girls would film together and then record voice-overs separately. Both girls did well, though Ann’s vocals were still more awkward than Chelsey’s.
Chelsey and Ann were both surprised with on-set visits from their family, and it was pretty sweet to watch both sets of parents glow with pride while their daughters finished up the photo shoots for CoverGirl.
Walk This Way, Talk This Way
Next Chelsey and Ann met with someone very important from IMG, and of course Chelsey shone here. Chelsey came across sort of icy in the first half of the cycle, which is unfortunate since they stressed her awesome personality in the second half. She does seem to laugh a lot and is pretty relaxed, so I wish she’d gotten a better edit earlier on.
Finally, the girls were joined by some eliminated models (Jane, Kayla, Liz and Chris) to walk in a Roberto Cavalli show. Last cycle’s winner Krista kicked off the show, and then everyone turned their attention to Ann and Chelsey. Since Ann’s walk at the beginning of the season was so dreadful, I don’t think her walk in the show was criticized enough. Yes, she’s improved. But was that walk really worthy of Cavalli? Her eyes were like saucers, the rest of her face was dead, and don’t even get me started on the body movement. Chelsey’s was much better, although she could also use some improvement. 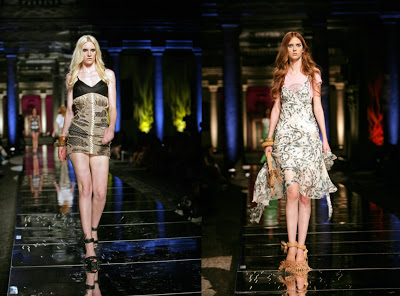 The funniest moment of the entire episode was when Ann walked straight past her own parents after the show and then tripped in her weird fringed stilettos. See, she’s likable! Just awkward.
Ann’s to Lose 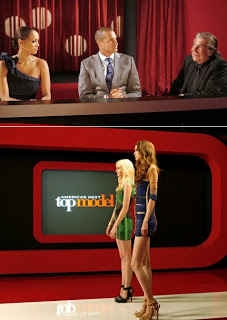 Was there really ever any doubt that Ann would win? Even though I consider Chelsey to be the stronger, more well-rounded model I knew she wouldn’t take the title. Even the judges seemed like they’d already made their decisions as they reviewed the girls’ work and discussed pros and cons. Sure, Chelsey is the all-American beauty. But Ann is new and different (other than the fact that she reminds me of Nicole.)

In looking at the work, I still say I would have given it to Chelsey. I loved her CoverGirl photo, and her runway performance was much stronger.

I felt bad for Chelsey, because I think if she’d been in a different cycle she could have won. But I’m happy for Ann, and I hope she can cut it in the real world of modeling without Jay’s “training wheels”. What do you think? Did they make the right decision? And how did this high fashion cycle compare to the past seasons? Personally, I think it’s an improvement and hope they stay in this realm.