You had to have known all along that it would be Hannah leaving on ANTM, right? As much as I loved the wide-eyed Texan beauty, she never seemed to receive the same praise from the judges that Brittani and Molly did. Even if she’d delivered the best photo of the three, I wasn’t sure the judges would keep her around. It seemed pre-determined.

It seems that the girls I always root for – who, I’ll admit, tend to be the pretty girl-next-door types – tend to go out third or fourth. So with Hannah gone, who do I root for? Well, you all probably know by now how I feel about Molly, so I’ll be hoping Brittani takes the title next week. Now, let’s talk about the episode.

The girls were all relieved to see “Lex” (when did they start calling her that?) go home, and then they all reminded us of their own reasons for wanting to win the show. Brittani has been stuck in a trailer park her whole life. Molly is mean because she has abandonment issues and used to be in rehab. Hannah doesn’t like living in Houston. And she cries a lot. Why did ANTM wait until the penultimate episode to decide that Hannah was The Emotional One?

For the challenge, Mr. Jay showed up at the house with a video message from Lara Spencer. Each of the girls would have to hit the streets of Marrakesh and come up with a 90 second report on Moroccan beauty secrets – kohl, henna and argan oil. Hannah thought this challenge was made for her because she’d studied journalism in school, which meant she wasn’t going to win. It also means she will never find a job – trust me, Hannah, switch majors if you still can. By the time you graduate there will be four jobs left in journalism and they’ll be occupied by Anderson Cooper, Piers Morgan and Ryan Seacrest.

I was sure Molly would bomb this challenge, but she managed to wipe her sourpuss look off her face for 75 seconds and deliver a charming, well-done report. And then it all went down the tubes when she said “That was terrible” before it was even over.  Brittani’s report was nervous and frantic, probably because she had focused too much on trying to find a passerby who spoke English. Hannah’s report was OK, but nervous – she was kind of high-pitched and rushed. She did too much of the talking and then her 90 second cut out right before she finished the report.

Frankly, none of the girls deserved a prize, but Jay chose Molly because she’d done the best overall job. Yes, she girl who was moping only a few days earlier about how challenges don’t matter was then gloating to the camera about how she won, bitches. Klassy.

Tyra came to talk to the girls about their feelings, and everyone cried. Molly cried because she feels abandoned, even though her parents love her very much. Brittani cried because her mom has a panic/anxiety disorder and people used to make fun of her. Hannah cried because she used to think crying a lot was a weakness, and now she realizes it was a strength…or so she thought – more on that later.

Actually, in this situation I felt bad for Hannah. It reminded me of a recent episode of Community, where Troy lied and said he’d been molested as a kid because everyone else in acting class was channelling their pain. He felt left out, what with his good, happy life and all. People judged him for it. I’m not saying anyone was judging Hannah, but, you know…reality TV looooooves a sob story, and sometimes those who don’t have one are at a disadvantage.

After that, Tyra took really pretty photos of all the girls, and then they went and danced on a rooftop while some men played instruments. Hey, at least they didn’t have more tea.

It’s Just Emotions, Takin’ Me Over 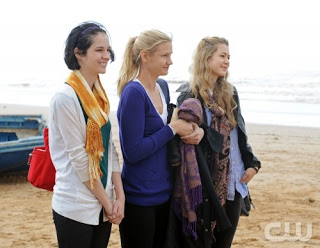 For the photo shoot, the girls would be posing in GORGEOUS clothing as Moroccan brides…with a groom. Yes, they’d all be posing with the same male model, something that inevitably causes a lot of trouble for at least one model. In this case, it seemed as though it would be Brittani, who recalled that she’d struggled to be sexy during the coffee commercial several weeks prior.

The good news? The girls would get to come up with their own “characters” and “stories”, meaning that anyone who didn’t want to really interact with the model could just say “Um, like, my story is that, like, we’re in a fight, so I’m kind of pulling away, and, like, modelling as though he’s not even there…you know?”

None of the girls seemed to really rock the photo shoot. Jay thought Molly didn’t really have chemistry with the model, Brittani had to cry in order to show emotion and Hannah…actually, I’m not really sure what he thought Hannah’s problem was. She was over-emoting, but not to the point of tears like Brittani? I was confused, and so was Hannah.

Caught Up In Sorrow, Lost in the Soul

Ivan Bart from IMG joined Tyra, Nigel and Andre at the panel. The photos had been so good, Tyra told the girls, that everyone got two best photos this week.

Hannah: Hannah told the judges that the competition had helped her realize that being emotional was a good thing. She cried a little, and then the judges said “Wrong!” Her emotions actually hurt her photos because she was too wrapped up in the character, or whatever. For what it’s worth (which is almost nothing), I thought Hannah’s photos were gorgeous. 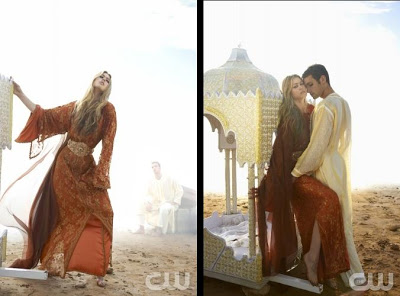 Molly: Once again, Molly’s photos were amazing. Damn! I do not understand. I don’t think she’s pretty when she’s just standing there. I hate her personality. Yet she keeps doing so well. It’s infuriating! Or, you know, mildly annoying. This is only ANTM, I can’t get too carried away. 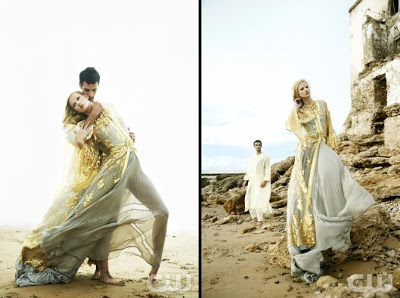 Brittani: Brittani’s crying photo was all kinds of gorgeous, but Nigel pointed out that she was crying less because it would look awesome and more because some criticism hurt her feelings. And it wasn’t the first time that had happened. If there was any chance that Hannah was going to stay in the competition, it was that the judges were tired of Brittani’s emotional rollercoaster. 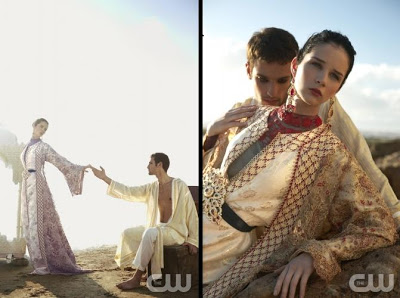 Once again, Molly won best photo. I’d previously said that I thought Brittani was getting the winner’s edit, because there was no way ANTM would let us all hate Molly and then have her win. Now, I’m second guessing that. With all the adoption and abandonment issues talk, I think the editors are trying to force us to forgive Molly for being a completely hateful sourpuss all “Cycle”, because she’s going to win. I mean, it would be kind of criminal if she didn’t – she’s had a ton of best photos.

Brittani was called next and joined Molly in the final two, and Hannah was sent packing. Probably just to a hotel across the street, because usually eliminated girls stick around to walk in the runway show. Have fun hanging out with “Lex”, Hannah! I felt like Hannah was given some conflicted parting advice. She was too emotional, but needed to feel the strength inside more? What?

Now, who do you think will win Cycle 16? Molly, the angry girl who delivers inexplicably amazing photos? Or Brittani, the trailer park girl who also delivers amazing photos? I’m still hoping for Brittani, but I think their CoverGirl shoots and runway walks will have a lot to do with the final decision.

America’s Next Top Model: Their Tears Dry on Their Own
https://haligonia.ca/americas-next-top-model-their-tears-dry-on-their-own-37819/