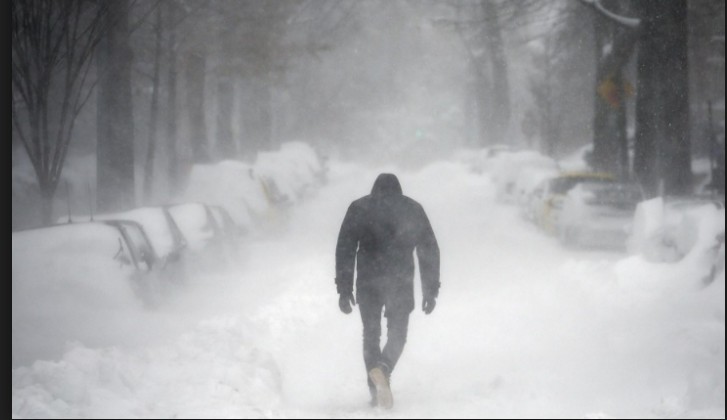 An intense storm will develop off of Cape Cod tonight and move slowly well south of Nova Scotia.  Snow and strong winds gusting in excess of 100km/h in coastal areas will persist for at least 24 hours lowering visibilities frequently to near zero.  Consequently, a blizzard warning has been issued for all of Nova Scotia and Prince Edward Island, and the southern half of New Brunswick.

The snow and strong winds will be affecting much of southern New Brunswick, Halifax and western Nova Scotia for the morning commute, with poor driving conditions in all of the Maritimes in the afternoon and evening.  Conditions will improve in western areas Tuesday morning, but not til Tuesday night in eastern areas. 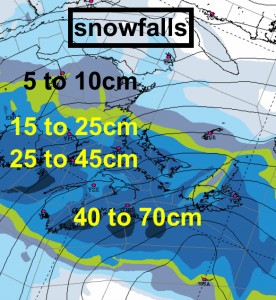 The strong east to northeast winds gusting over 100km/h along the Atlantic Coast of Nova Scotia are expected to elevate water levels, so a storm surge warning is in effect for Monday, with coastal flooding and erosion risk highest at morning and evening high tides in southwestern NS; and at the evning and Tuesday morning high tides in Cape Breton.

Transportation will be shut down for an extended period, with poor driving, dangerous winds and seas, and poor flying conditions.

Power outages are likely, and crews may have difficulty getting to areas for repairs.  Prepare for possible extended outages, especially in remote areas.

Coastal flooding risks along the Atlantic Coast of Nova Scotia.

Warnings: Environment Canada has issued a Blizzard warning for all of the southern Maritimes.  A blizzard warning is issued when heavy snow and strong winds combine for extended periods of whiteout conditions. 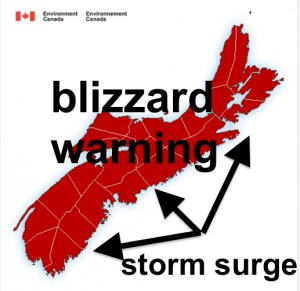 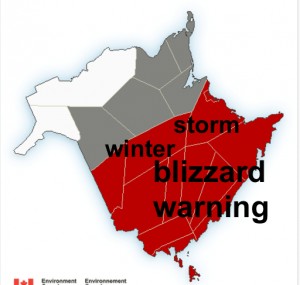 Since the storm has not yet developed, folks should consult updated forecasts and warnings (including @YHZWeatherguy tweets :-).