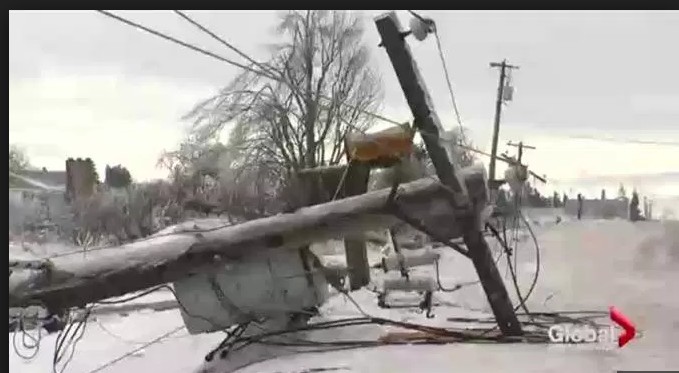 The Maritimes encountered a lot of variability in January 2017.  Average temperatures were about 3C above normal, as well as most areas receiving above normal rainfalls.  While we had our share of snowfall (Halifax right on normal 60cm), the mild spells and rain washed much of it away. 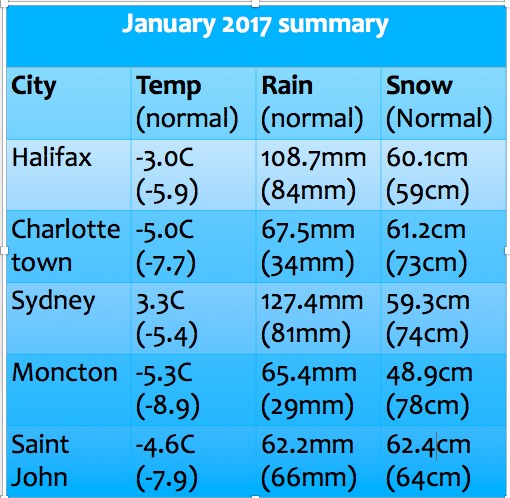 However, the statistics do not capture the disastrous ice storm in New Brunswick just over a week ago.  Well over 100,000 customers had lost their power, and as we begin February, almost 8,000 are still without electricity. 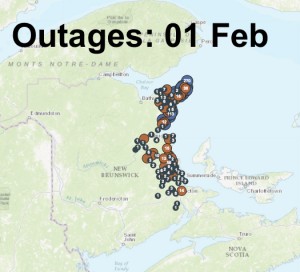 As we move into February, the first weekend will be cold, and models suggest February might be colder than normal. 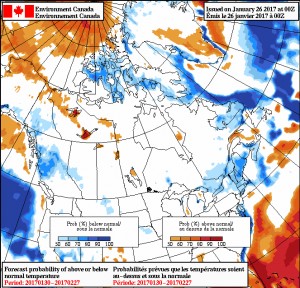 So prepare for snow on the ground when I write my summary in a months time.  Hopefully nothing like 2015. There are no signs of a persistent pattern like 2015…. but tough to forecast these seasonal patterns.