Like January, the February statistics do not tell the story of the month that we experienced.  February began rather quietly, but three consecutive snow storms around the middle of the month ensured that all but northern New Brunswick ended up with more than double normal snowfalls.  However, that was followed by several very warm days, and some rain events.  In fact, many communities experienced double-digit high temperatures between 23rd and 25th of the month, and Greenwood reached a remarkable 20C on February 25.  I could not find any record of any previous 20C in February anywhere in the Maritimes.

This temperature swing resulted in dramatic reductions in the snowpack.  In my Halifax backyard, a peak snow depth of 60cm had almost all disappeared by the end of the month. 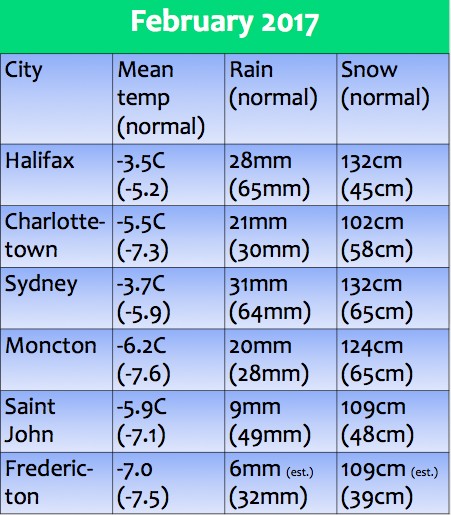 In spite of the excess snowfalls, temperatures were 1-2C warmer than normal in February; but with much less rain than average.

Another interesting statistic, the Halifax Airport’s 132cm broke the previous all-time record set during that brutal winter of 2015! 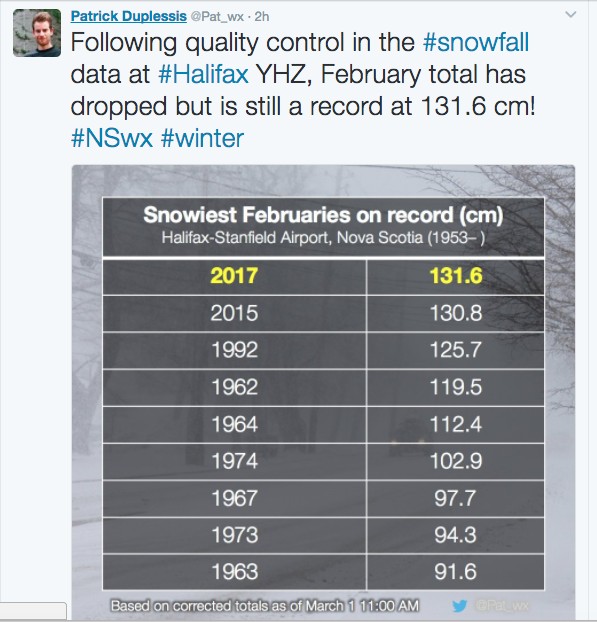 Following the mild and damp start to March, temperatures will drop to well below normal Thursday night, with cold air persisting through the weekend. It appears that temperatures will return to near normal for the second week of March… precipitation events likely close to the rain-snow boundry. 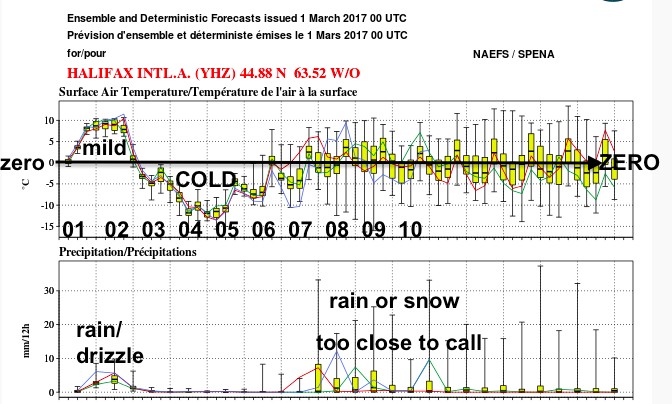 As we look ahead into Spring, the long range models are suggesting mild conditions for the Maritimes, cooler than normal on the west coast.  However, I do expect there will be quite a bit of variability… perhaps not as severe as that which we have been witnessing so far in 2017. 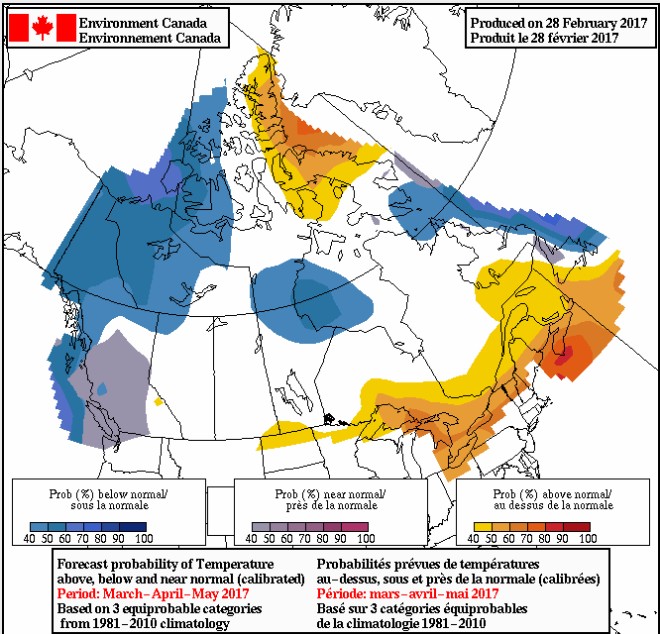