Halloween was almost a disaster. During some kind of strange musical theatre fit, I decided that I would purchase a giant orange wig and maid’s uniform and go as Magenta from The Rocky Horror Picture Show. Magenta and I have a lot in common… the overuse of eye make-up, the weird friends, and her secret double-life as an alien all come to mind.

Two days before Halloween the eBay seller that I had ordered said items from mysteriously canceled our transaction. What for? The package they sent had come back to them damaged, and I was out of luck. Eff you, eBay.

I knew I still wanted to be someone from a movie, and preferably a horror movie. Women in horror movies don’t tend to have quite as much luck as men, and definitely don’t have the iconic costumes of say, Jason, Freddy, or Michael Myers. I toyed briefly with the idea of going as Carrie, but figured that was an outdoor sort of costume, and I didn’t want to ruin anyone’s furniture (or wash fake blood out of my hair).

I ended up with the idea of a classic movie dame, Janet Leigh, as she appears in the movie Psycho. Leigh plays Marion Crane, who, in one of the most famous scenes ever in film, is stabbed while showering.

This was more of a Psycho-themed costume (vs. a straight Janet Leigh get-up), as I didn’t have the time to find a proper wig… if I was going to replicate her look I would also have done something to look wet. Maybe would have sported a towel. Who knows.

So, for my costume I purchases a few shower curtains from the dollar store. I laid them flat on the floor and covered them in heathy dollops of fake blood (also from the dollar store–less thick and sticky than homemade). I allowed the blood to dry for a bit before folding the curtains in half and sealing the edges with tape. This allowed for the liquid to move around in a Rorschach-y kind of way.

My wig, also from the dollar store, was pretty ghetto. The colour was awful, but that’s what you get two days before Halloween. I hacked it up so it was fairly short, but couldn’t take a lot off as my real hair would have shown too much.

Underneath the bloody mess I sported a nude-coloured mini-dress from American Apparel and some nude tights. I taped the shower curtains into an odd dress, threw on some make-up and more fake-blood, and voila… a costume that no one was able to recognize, but at least I thought it was cool. 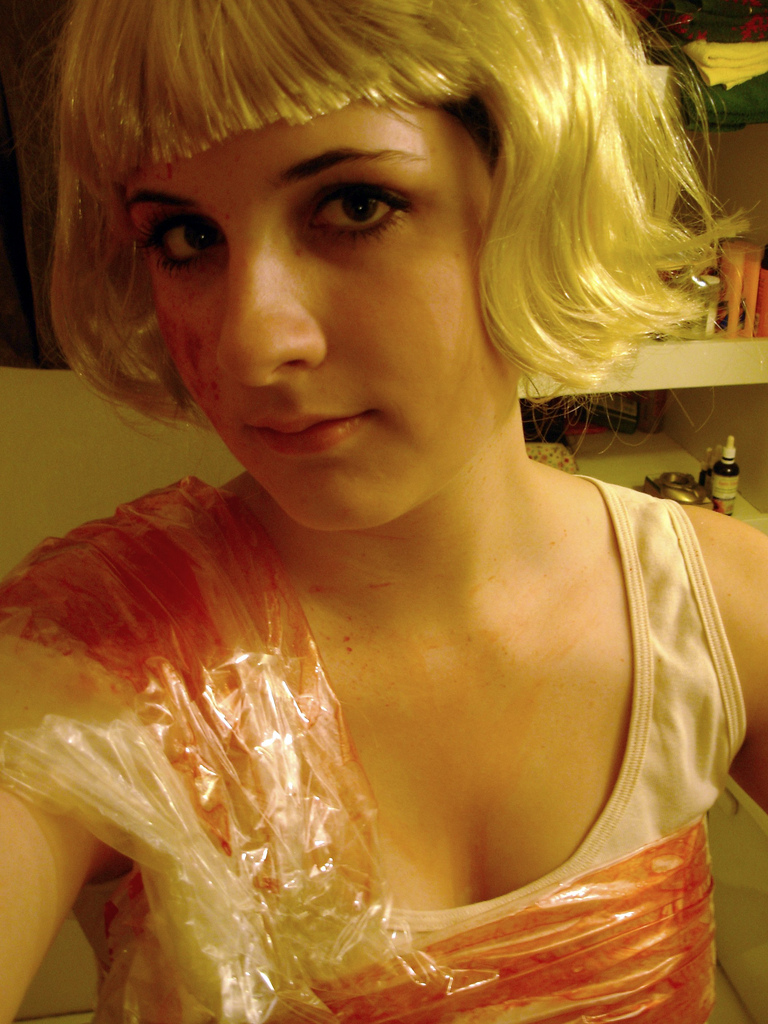 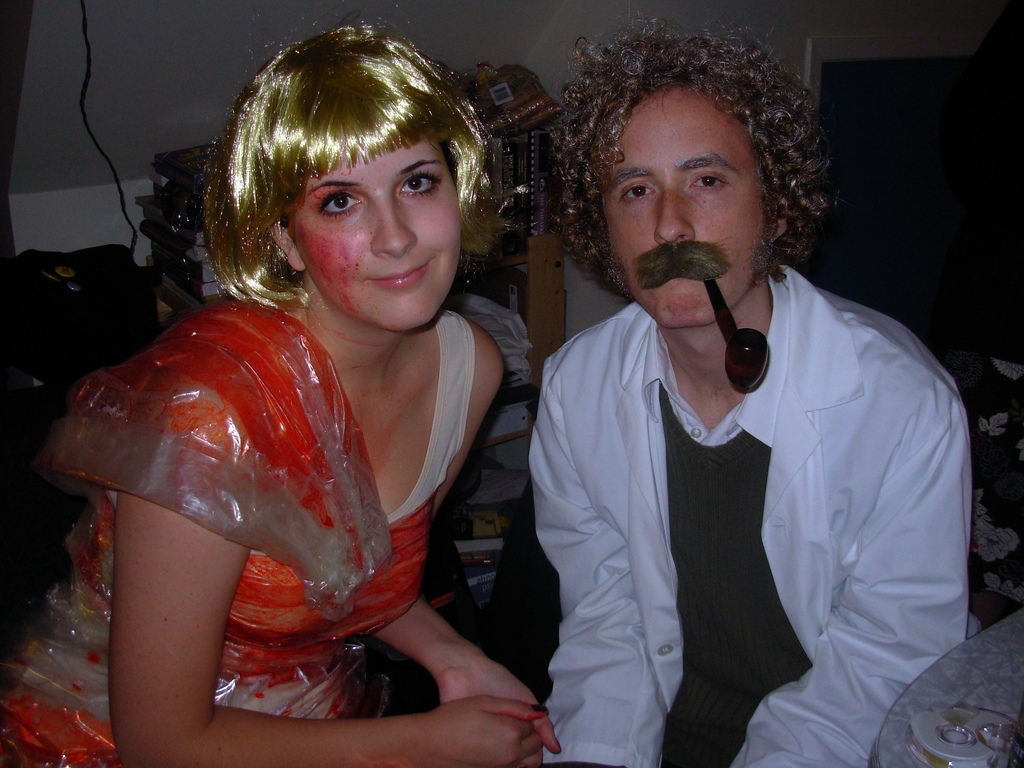