Went to Edna for brunch with my bro recently. As expected, there was a waiting list but there was self-serve (albeit not complimentary) coffee for the crowd that awkwardly took up the front part of the restaurant.

We were seated at the bar, which was fine by us. Our server seemed rushed, but was on point and as friendly as time allotted.

I ordered an Oyster Caesar ($10). The oyster (served on the top/side) was a delicious treat to begin the meal, but the Caesar was nothing I couldn’t make at home. The drink contained 2oz of vodka, which I could definitely feel. This Caesar package is good price/value, though I would expect a place like this to put more love/flavour in its cocktails.

The food menu was entirely tantalizing, but of particular interest (to both of us) was the Sucré Salé ($14)  – a dish that is both savoury and sweet. It comes with 2 pieces of French toast, 2 soft poached eggs, bacon, a Ratinaud breakfast sausage, hollandaise and maple syrup. 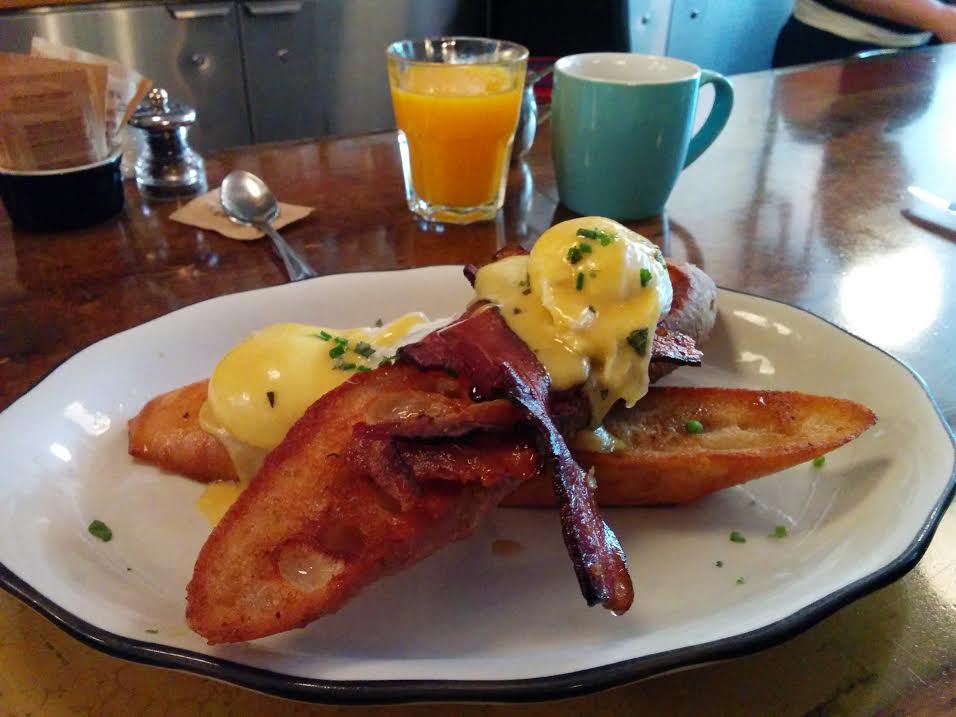 We were surprised to see long slices of baguette used for the French toast. It was crispy with a bit of chew and wasn’t dry. The mild sweetness was perfectly matched to my palate.

The only problem was that the sausage was missing! We flagged down our server who promptly brought over another sausage, at which point the original sausage rolled out of some hidden crevice in the bread.

Ooops! My brother swears he had looked under the bread and everywhere – this sausage just came out of nowhere!

So we apologize, Edna! Our bad!

The sausage itself was meaty and lean – quite tasty if not a tad on the small side. I heard no complaints about the bacon.

We both agreed that this was a stellar breakfast dish – “Pretty close” to a 5/5 according to my brother, who had the privilege of ordering this, whereas I had to go with my second choice in order to cover ground for the blog.

I ordered the Seared Scallops ($15), which are served on a celery root latke with apple & bacon compote, Bulwark cider syrup and a poached egg. 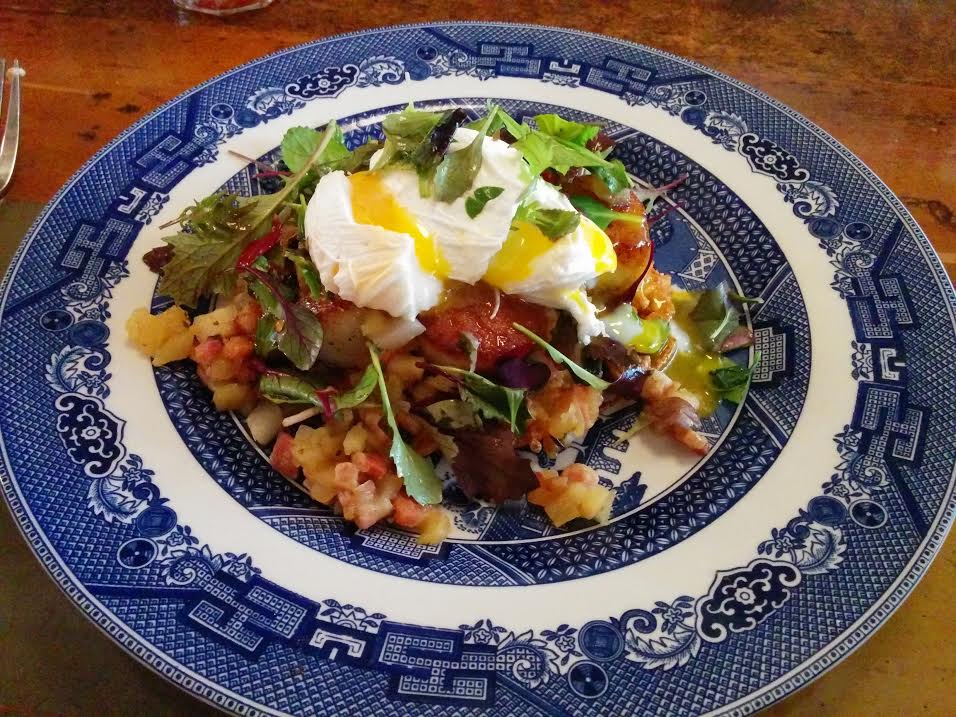 I think that scallops are an under-appreciated breakfast meat, but they go great with eggs and hashbrowns, or in this case latke, of the celeriac variety.

They were appropriately cooked – seared but with translucent pearly centres.

The sweetness of the apple & bacon compote was balanced with the crispy latke and a handful of fresh greens.

The yolk happily flowed out of my pierced egg. On closer inspection I could see that the whites were slightly runny – but we didn’t notice this until the very last bites so it didn’t bother me.

This is the best brunch I’ve had so far this year. The menu was inspired, with a good use of vegetable and some support from local meat & bread (it helps that Jane’s is right next door & family!)

I normally don’t like to line up for brunch, but this was worth the wait. 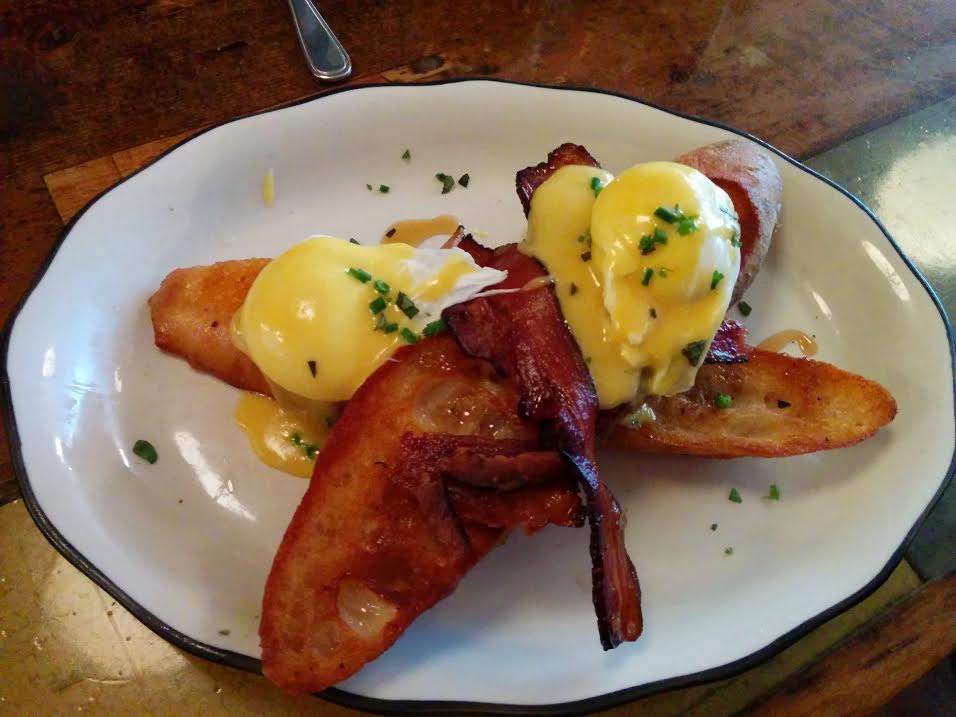