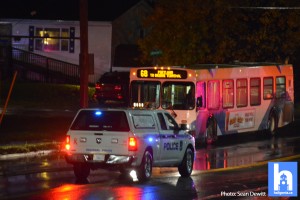 Today, the 48-year-old female driver of the Halifax Transit bus was issued a summary offence ticket for failing to yield to a pedestrian in a crosswalk. 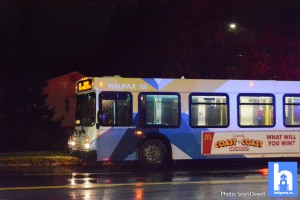 Halifax Regional Police is investigating a vehicle/pedestrian collision that occurred tonight in Dartmouth.

At 7:25 p.m., police responded to a vehicle/pedestrian collision that occurred in the 600 block of Portland St. A Halifax transit bus was travelling inbound on Portland Street when it collided with a 52-year-old woman in a marked crosswalk. The woman suffered life threatening injuries and was transported to hospital by EHS. 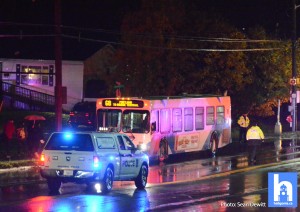 Portland Street inbound remained closed until 11pm. The investigation by the Accident Investigation Section is continuing and no charges have been laid.