I wear a lot of hats in my life. Wife. Mom. Sister. Daughter. Grand-daughter. Aunt. Cousin. Employee. Friend. Like most of us, the list could go on and on.

When our third was about 18 months old I was given another hat. It was a hat that I never expected. A hat that I’ll admit I’d like to give back. It was then that I became Anaphylactic Allergy Mom.

It sounds kind of like a Superhero title doesn’t it? I can see the headlines now. Allergy Mom to the Rescue! Allergy Mom Fights Bad Guys with an Auto-Injector! Allergy Mom Protects Her World from a Single Peanut!

In so many ways those headlines make me sound strong and fierce and in control. The irony is that I don’t feel any of those things when it comes to his allergy. I feel nervous and anxious and like the weight of the world is on us to keep him safe. Or dare I say it…alive.

In the three years since his diagnosis we’ve actually done pretty well. Our house is a peanut-free zone so he’s safe to snack on what he wants. If something comes in and we don’t know the ingredients, we talk about it and find him an alternative. His ability at just four-years-old to accept his allergy and be fine with alternatives amazes me. He’s cool as a cucumber when we bring a piece of ‘his chocolate’ to birthday parties because he can’t have most store or bakery-bought cakes. He’s fine when we check menu lists at restaurants and restrict his choices based on allergy information. He’s even started asking if things are peanut free – a habit we hope to continue to praise, encourage and promote. 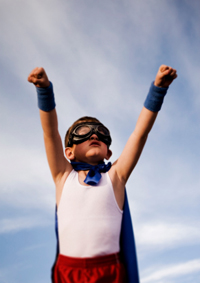 So yes we’re prepped. I’ve always got two Allerjects around him, I’ve studied what I need to know, I’ve become an expert label reader and I’ve learned where to eat out and where not to eat out. Basically, if there’s no proof that it’s safe we shouldn’t be there.

At this point, he has no idea how scared I feel at times. He has no idea that when he gets a weird cough or has unexpected rashes or dots on his body my adrenalin starts pumping. He has no idea how high my peanut radar is and how hard I work to understand our surroundings when we’re anywhere with food. It has become a habit for me – a quick scan of every house we go into and every restaurant we sit down in to see if there’s anything I need to mention to him or steer him away from.

He also has no idea that when we’re around food that knowingly has peanut in it, I get the most insane reaction inside my body. My rational self takes over on the outside – just keep him away from it, talk to him about it, it’s all good, we have his Allerjects, we’re well planned. On the inside it’s a whole different story. Each time I look at that peanut butter cookie or square or sandwich I feel like it’s going to jump off the table and attack my baby. Yes it’s silly. Yes it’s irrational. And yes, it’s the way I feel.

I guess that’s where the Superhero thing comes in. Somewhere along the way we were chosen for this mission. I will do everything in my power to protect him. I will educate. I will speak up. I will swoop in when I need to. He is my world. Peanuts are our kryptonite.