Cabela’s annonced they would be opening a Dartmouth Crossing location in the Spring of 2017. It will be located on the opposite side of Wright  Ave from the movie theatres and McD’s, where the loop to Countryview Dr.

The Dough-nair-nut a donair flavoured doughnut came into existence at Robie St. Station.

Stillwell opened it’s waterfront Beer Garden this week. By all accounts its the angling to be, the place to be this summer.

Rays Lebanese has decided to become 2, after leaving its many years at Scotia Square food court and landing in Burnside\. Ray will now open a second spot in Bayers lake in the same plaza as Henry’s and Hakim.

XTR gas stations across Canada will be re-branding as Gulf over the next few years. Gulf sold its previous stations to Petro Canada in 1985.

New spot Indian Maple opened in Granville Mall (where Split Crow/Good life are).  Serving Indian and Canadian dishes  I am interested to try the Indian pizzas and poutine. 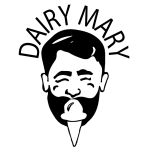 Dairy Mary  is an ice cream delivery service for the peninsula and Downtown Dartmouth.