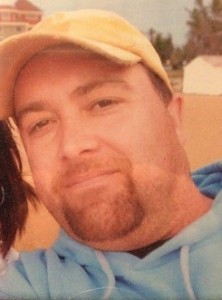 The RCMP has located the body of Barry Courtemanche of Chéticamp, who was reported missing on October 18.

At approximately 3:30 p.m. yesterday, the body of Mr. Courtemanche was located in the Petit Etang area. Foul play is not suspected. The Nova Scotia Medical Examiner will conduct an autopsy to determine cause of death.

A Department of Natural Resources helicopter, RCMP Police Dog Services and several Ground Search and Rescue teams were utilized during the search.

Our thoughts are with the family and friends of Mr. Courtemanche during this very difficult time.

Chéticamp RCMP is seeking assistance from the public to locate 43-year-old Barry Courtemanche. He was last seen yesterday morning when he left his home around 8:30 a.m. Mr. Courtemanche’s family and RCMP are concerned for his well-being and would like for him to contact family or police to confirm he is okay.

RCMP Police Dog Services (PDS), Ground Search and Rescue teams and Department of Natural Resources helicopter are assisting with the search of the area for Mr. Courtemanche.

Anyone with information on Barry Courtemanche’s whereabouts is asked to contact Chéticamp RCMP at902-224-2050, or should you wish to remain anonymous, you can also contact Nova Scotia Crime Stoppers at 1-800-222-TIPS (8477) or text TIP202 + your message to ‘CRIMES’ (274637) or submit tips by Secure Web Tips at www.crimestoppers.ns.ca. Calls to Crime Stoppers are not taped or traced and if police make an arrest and lay charges based on a tip, callers qualify for a cash award.