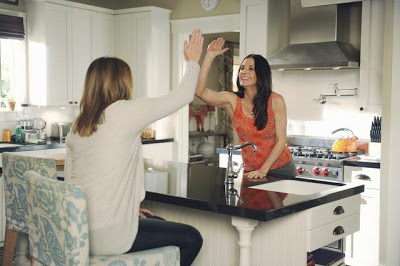 Drink a gallon of wine and play a little Penny Can in celebration, because Cougar Town is back! After an all-new episode last night (following a creepily patriotic episode of Dancing With The Stars…why was everyone dressed like Uncle Sam in drag?) we’re getting another all-new episode this week during the regular Wednesday night timeslot. And frankly, I couldn’t be happier.

I don’t like writing full reviews of Cougar Town, so instead I offer you five things I loved about the return episode.

What did you think of “Walls”? Are you as happy as I am to have this show back in our lives?