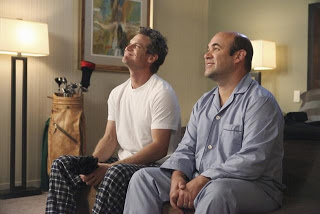 Have I told you how glad I am that Cougar Town is back? And, for that matter, how happy I am that I started watching the show over the Christmas holidays? It’s so fun! Cougar Town isn’t just a show I enjoy watching, it’s a show that makes me want to go live in their world. A world where I don’t have to work ever, but instead just sit around drinking wine and getting insanely competitive over bar trivia. This is a world where I belong.

Which leads me to the first of the five things I loved about Cougar Town this week:

Here are some bonus mentions from the episode: