Administered by the Writer’s Union of Canada: “The Danuta Gleed Literary Award for best first collection of short fiction in the English language was initiated by John Gleed in honour of his late wife to promote and celebrate the genre of short fiction, which she loved. 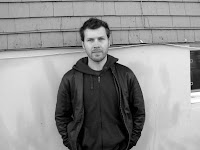 A $10,000 prize will be awarded to a Canadian writer, for the best first collection of published short fiction in the English language. The award also carries second and third prizes in the amount of $500 each.”

This year’s nominees include Halifax’s own Joey Comeau.

Here are the 2009 shortlisted titles:

“In Sarah Robert’s debut collection Wax Boats, a rural island community comes to life in action-packed, evocative tales. Cougar ladies fight the BC wilderness and the inevitable extinction of their peaceful island lives. An expectant mother turns to Native traditions to guide her through a safe delivery. A Boy Scout troupe rescues their own leader, and learns to welcome someone “from away.” Wax Boats introduces thought-provoking characters caught between the encroaching modern, industrial world and the hard truths of lives lived at the edge of everything.” ~ publisher

Vanishing and Other Stories, by Deborah Willis

“Vanishing and Other Stories explores emotional and physical absences, the ways in which people leave, are left, and whether or not it’s ever possible to move on. Readers will encounter a skinny ice-cream scooper named Nina Simone, a vanishing visionary of social utopia, a French teacher who collects fiancés, and a fortune-telling mother who fails to predict the heartbreak of her own daughter. The characters in this collection will linger in the imagination, proving that nothing is ever truly forgotten.” ~ publisher 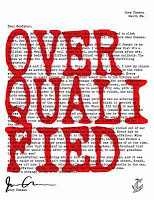 “Cover letters are all the same. They’re useless. You write the same lies over and over again, listing the store-bought parts of yourself that you respect the least. God knows how they tell anyone apart, but this is how it’s done.And then one day a car comes out of nowhere, and suddenly everything changes and you don’t know if he’ll ever wake up. You get out of bed in the morning, and when you sit down to write another paint-by-numbers cover letter, something entirely different comes out.You start threatening instead of begging. You tell impolite jokes. You talk about your childhood and your sexual fantasies. You sign your real name and you put yourself honestly into letter after letter and there is no way you are ever going to get this job. Not with a letter like this. And you send it anyway” ~ publisher

A few past winners for your consideration:

Natasha and Other Stories,
by David Bezmozgis