On the move, Take It Outside has moved from inside the Historic Properties mall to the building where Argyle Fine Art was for years across from Baton Rouge. Lolë is also moving from inside the same mall, but they are taking over the space that was Tim Hortons on Spring Garden, and just blocks from Lululemon.

I like better business ideas, the charge port on my iPhone has been wonky lately. So I contacted TDK Mobile last night, comes to me today in repair van, takes my phone, changes part, 20minutes and $40 later my phone is how I want it again.

Soups on The Move in Burnside, is transitioning to new owners, but will remain beside Dartmouth Surplus.

Dartmouth Crossing updates, Ardene is now an outlet store, Garage is now a Garage/Dynamite Outlet. Three Dogs is gone. Melanie Lynn is empty. Dartmouth Crossing looks like its only 50% full but they are still building a new plaza beside Moxie’s which will have Party City and room for more tenants. NSLC is expected to build beside that. Rumour also has a DQ going in just above McDs.
Meanwhile the residential plan to build 1500 Condos/Townhouses on the Ridge above Dartmouth Crossing has been cancelled and that land is being petition to change zoning back to Light industrial/Commercial.

Also in Dartmouth Crossing, Thai Ivory has closed and bailiff notice on the doors, other loactions are unaffected and in fact the Sunnyside one should open by months end. 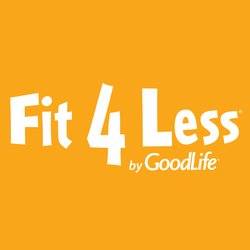 Why open 1 when you can have 3? Fit4Less by Goodlife which I previously mentioned was opening their no frills style gym in Bedford Place Mall is also opening in Downsview beside Dooly’s and above Pete’s Frootique on Dresden Row Fit 4 Less memberships start at $9/mo.

Goji in Bedford at Larry Uteck has closed, has the FroYo bubble broke?

The new pizza joint going in on Henry @ South behind Dalhousie (Fred’s PIzza) has been bylaw-ed, with neighbours petitioning and getting the pizza shops hours capped at 9pm on weekdays and 11pm on weekends.

Soled Out Sneakers on Dresden is closing at the end of November.

Capt. Sub, is being added to the Robins Donuts on Sackville Dr and the one on Prince Albert in Dartmouth.