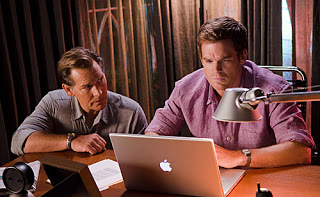 I’ve always been a big fan of Dexter, probably more so than most people. Even though I acknowledged that last season was a low point, and even though I was never very into the Batista-LaGuerta romance, I have never disliked this show. As I mentioned last week, I’d pretty much watch an episode of Dexter over an episode of Boardwalk Empire any day.

Now in it’s sixth season, Dexter is getting on in years. If the show signs up for two or three more seasons, I will wonder how they can manage to keep this going. At some point, people need to find out about Dexter Morgan. But it’s been a slow process, as it should be. I’ve always felt like the pieces are being put in place, as Deb finds out more about Dexter and now as she rises to a more prominent position within Miami Metro Homicide. Dexter himself is also still on a journey of figuring out how to live with his darkness, and I wouldn’t want to see that end yet. I want to see where this season will take Dexter as a person, as a brother and father. I’m not quite ready to see him outed. 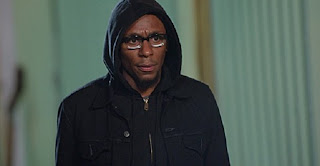 Last night’s episode of Dexter introduced Mos Def’s (or whatever name he goes by now) of Brother Sam, and I’m already more invested in this storyline than I am of the “Big Bad” of the season, Colin Hanks’s character of Travis and his creepy mentor Father Olmos. Brother Sam is a convicted criminal who got out of jail, became a minister and opened a body shop where he employed ex-cons. Dexter was sure he couldn’t be reformed and started to put plans into place to get him on his table, but after a confrontation with some drug dealers at the body shop, a real gangster took his place. Brother Sam laid his life on the line to save one of his employees from getting sucked back into a life of crime. He wasn’t afraid to die. He doesn’t ignore his darkness, he doesn’t pretend it’s gone – he’s choosing to do good instead, to make up for all the bad he’s done. It’s something that is fascinating to Dexter, and I’m excited to see where it will go. It reminds me a little of the beginning of season four. Dexter was so intrigued by how Trinity could have it all, how he could be a serial killer, a monster like Dexter, and still have a family. Then, of course, he learned that Trinity was just as much of a monster to his own family. Then Dexter watched Lumen lose her darkness, something else Dexter can’t do. Now he sees Brother Sam living with it, and he wants to know how.

There were a lot of great moments with Dexter and his son this week, which highlighted a few of the concerns I’d had – how can Dexter continue to operate as he does once his son grows up? Dexter is realizing this too, that he needs to be a lot more careful around his now observant son.

OK, now let’s talk about Deb. A couple of commenters last week totally saw this coming, that Deb’s public heroism would get her a promotion. I wasn’t sure how I’d feel about this storyline at first. Deb seems too young and inexperienced to run the department – when we met her she was just a cop working the vice beat, had she earned this meteoric rise? But I think she has. She’s Harry’s daughter, she’s always been out to prove her worth to him, and she’s done a lot with her career. Even though I felt like Batista really deserved the job, Deb isn’t undeserving either. Plus, it’s just another chess move in setting up the series’s end game – Deb could be the head of a department that might one day have to hunt Dexter down.

I was glad Deb asked for Batista’s blessing before accepting the proposal to take the Lieutenant position. Anything else would have felt out of character for her. She’s ambitious, but not in a slimy or selfish way like LaGuerta. And I was glad Angel hid his disappointment from her – he’s a really good guy, and he loves Deb. He took his bitterness out on LaGuerta instead, and I was totally OK with that. The news of Deb’s promotion floored everyone in the department, including Dexter (who Deb told personally) and Quinn.

Oh, Quinn. You had to feel bad for him. Sure, his proposal wasn’t the most romantic, but he tried. The breakfast thing could have been cute if Deb hadn’t freaked out (in a bad way) when she saw the ring in the fridge. Apparently, Deb didn’t want anything more with Quinn, and by the end of the episode she’d moved back in with Dexter. I guess love just isn’t in the cards for Deborah Morgan, huh?

We didn’t see any gross murders from the creepy religious duo this week, but we did get some more intriguing insight into their relationship. I’m not completely pulled in by those two yet, but my interest has definitely been piqued. How did they meet? Why is Travis so easily controlled by Father Olmos that he’d cut off ties with his own sister? And what disgusting thing will they do with the jogger he killed?

OK guys, now it’s your turn – what did you think of “Once Upon A Time”?